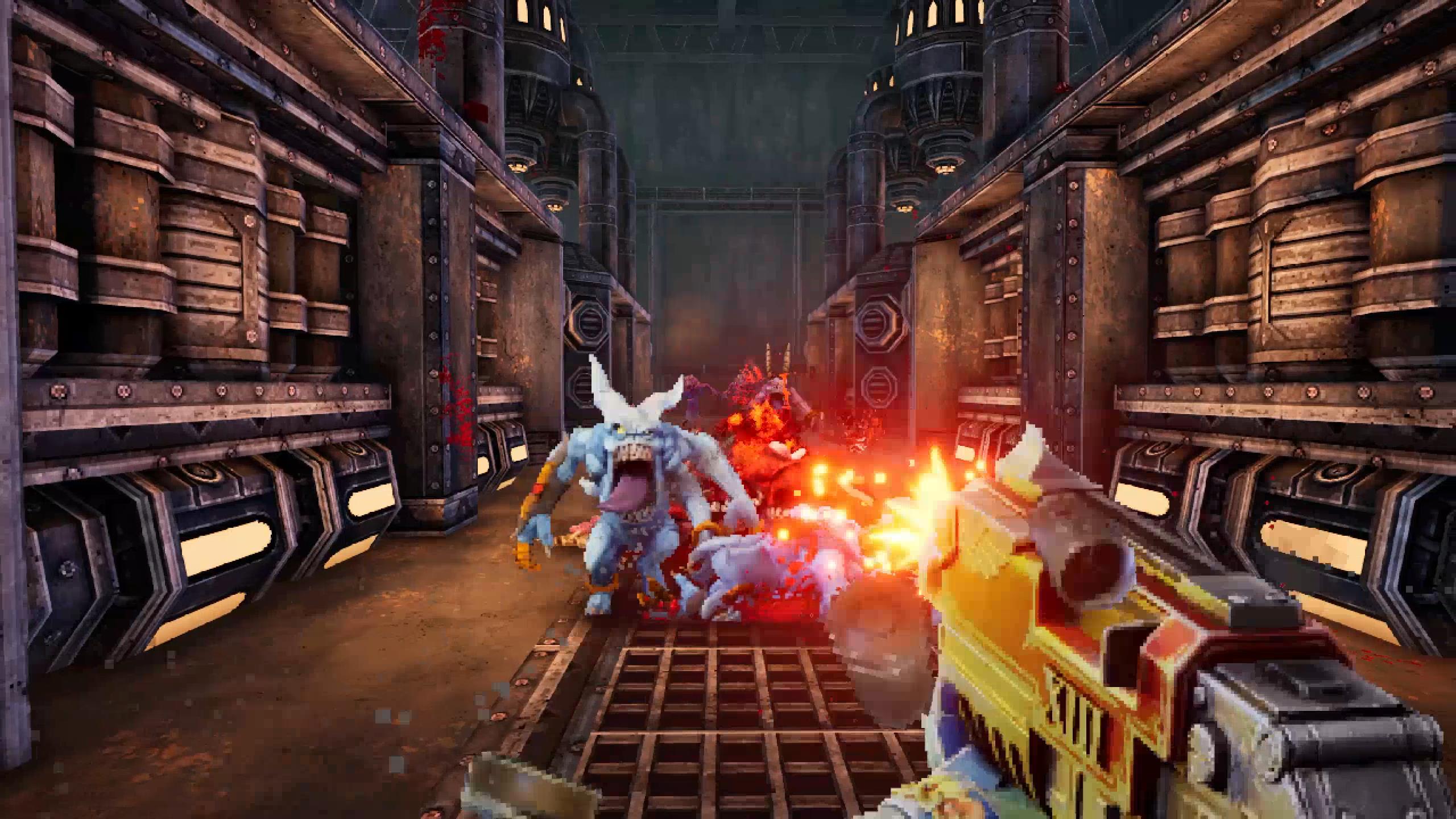 Boltgun asks the question: What if boomer shooter but with a Warhammer 40,000 Bolter?

Warhammer 40,000: Boltgun does not actually come on a floppy disk, but maybe it should.

It's safe to say that we're witnessing a renaissance in the indie shooter scene; the kind that attempts to recreate, and sometimes exceed, the specific brand of 90s shooters. Or, as the community has come to call them, boomer shooters.

If you're happy to forgive some etymology nonsense, you'll find a wealth of those satisfying shooters on Steam and elsewhere, so it's about time Warhammer 40,000 joined in on the fun.

Earlier today during the Warhammer Skulls showcase, Focus Entertainment and Auroch Digital introduced us to Bolter, a 90s-inspired retro shooter with all the sprite-based gore, chunky models and punchy sound effects you expect.

We don't know much about Bolter, other than the fact we'll be playing as a Space Marine fighting against the forces of Chaos - pretty standard Warhammer 40,000 setup. Unlike many of the retro shooters it's inspired by, Bolter has a few movement abilities such as running, jumping and charging. You're using a Bolter, of course, alongside a Chainsword.

The game was unveiled with the help of very nostalgic trailer where grown-up Jamie unpacks his toy box from 1999. Lo and behold, it has a floppy disk of Bolter (among other Warhammer 40,000 accoutrements).

Bolter is in development for PC, PS4, PS5, Xbox One, Xbox Series X/S, and Switch, set for release sometime in 2023.