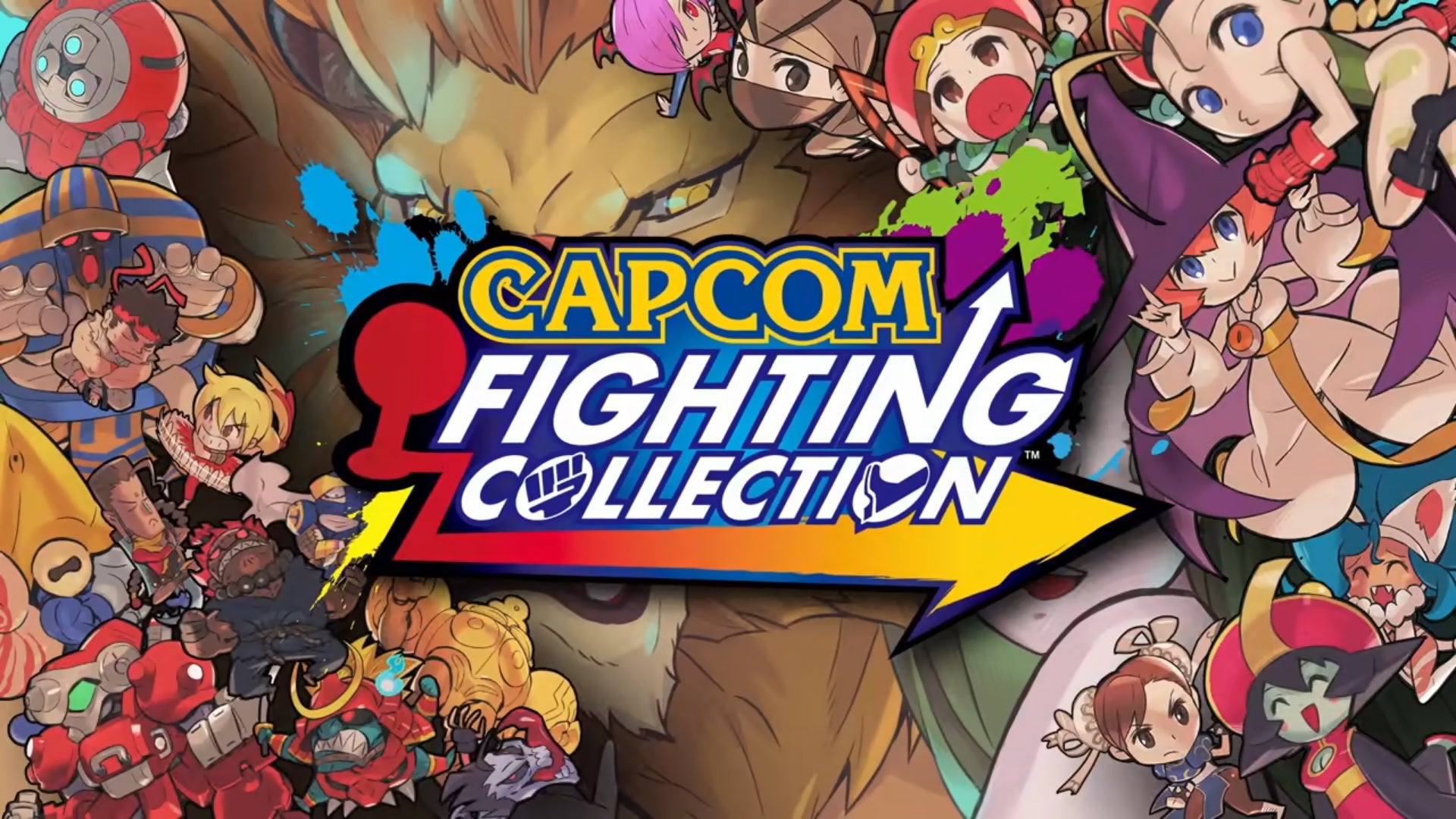 If you've lost more hair than skill with an arcade stick over the years, this may title may just be for you.

I don’t think there’s an entity in the video game industry with a more distinguished back catalogue of arcade classics than Capcom. Those are just the facts. The years where these titles reigned supreme in bowling alleys and various other homes of pixelated entertainment sparkle off rose-tinted glasses. As a fan of fighting games, both modern and classic, it’s the oldies that hold a special place in my heart, even if I was never able to go and play them back in their heyday.

So when I got a chance to preview the Capcom Fighting Collection, the upcoming package deal with many of the companies’ most beloved titles from that era, I couldn't pass it up. Even at a glance, the compilation screamed out as a love letter to the games packed inside, but whether it goes far enough to let these titles shine – and how it holds up technically – remains a mystery.

You can check out the Capcom Fighting Collection trailer here!

The full package, oozing with style

Let’s start by going over the full package. The Capcom Fighting Collection comes with 10 classic fighting games in total. While this isn’t the first time Capcom has made an effort to bring some of the more beloved classic titles to modern systems, there are some gems here that have remained lost to time, or exclusive to Japan. 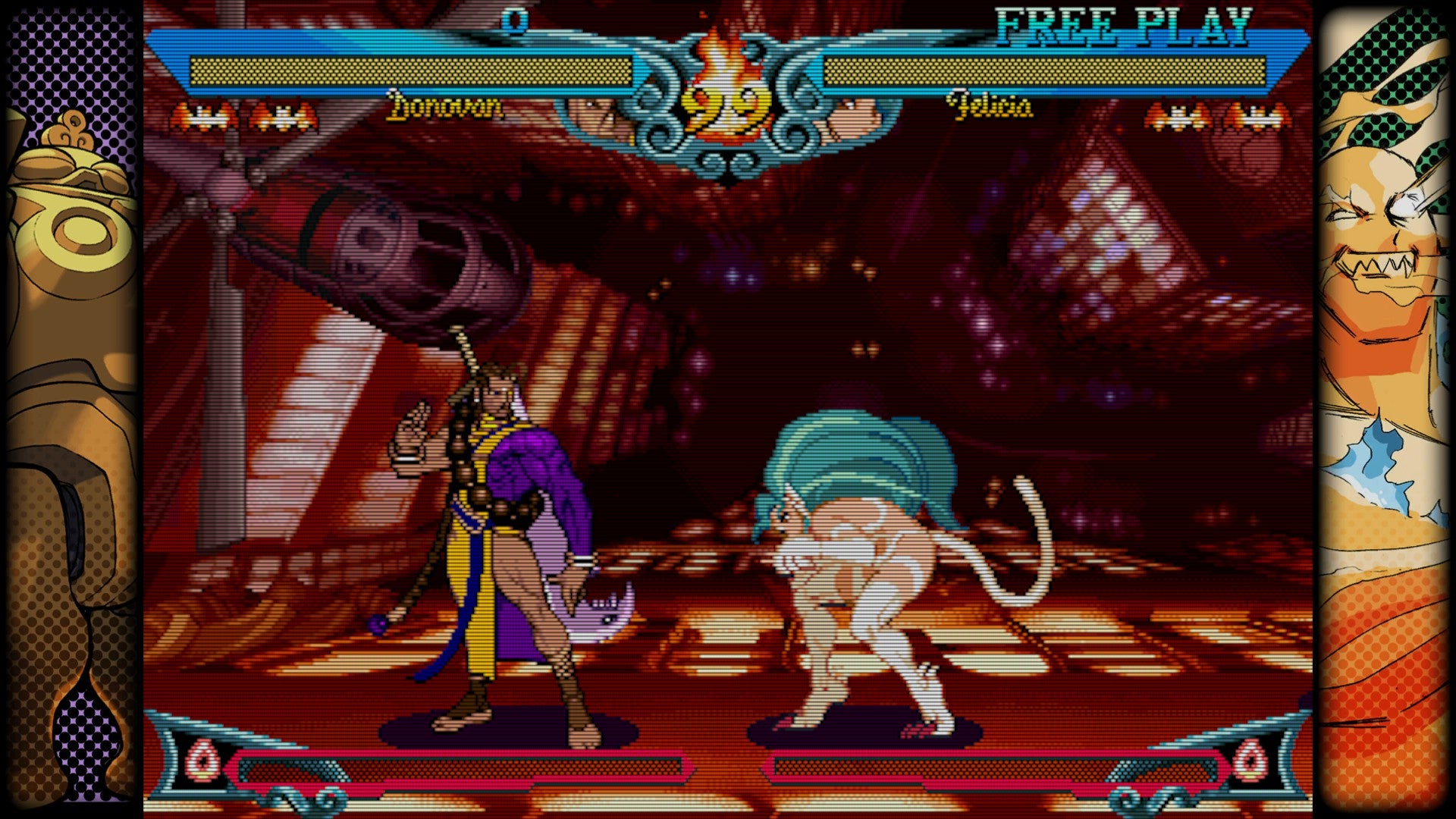 Even after all this time, there's something so rad about the classic pixel art backgrounds present in these games.

You don’t have to be a fan of vampires, mummies, ghosts, or ghouls to get value from the games present in the Capcom Fighting Collection. There’s a decent spread of some of the more niche titles in Capcom’s repertoire faithfully recreated here like Cyberbots, Gem Fighter and Super Puzzle Fighter II: Turbo. If you’re more inclined towards a more traditional fighting game experience, you’ve got Hyper Street Fighter II: The Anniversary Edition and Red Earth. That last one is especially noteworthy for those not in the know, as this is the first time the game’s been lifted off arcade cabinets for a home console release.

As far as game selection goes it’s hard to find issue. Darkstalkers is the obvious winner here, and the presence of the entire series is sure to cause the ghastly community of people who still vibe with the series to push back the coffin they sleep in. The effort to include games that have previously been trapped in arcades on the other side of the world is compelling enough for me to get giddy booting it up. Long gone are the days where random tourists and English teachers were posting on forums and recording titles like Red Earth and Vampire Savior 2 with their handheld handy cams. Being able to actually jump into these titles, and have them work effortlessly, is a valuable experience.

Speaking of, you’ll be happy to read that I experienced no technical faults with any of the titles whatsoever. Everything ran at a smooth 60, no frame-jumps, no freezes, no issues. This is, of course, the bar you should expect. The game, composed of arcade titles from 20 + years ago, isn’t exactly intensive for modern hardware. My PC isn’t particularly beefy, but it ran silky smooth nonetheless.

There is more to the Capcom Fighting Collection than ten titles slapped together, as some much needed quality of life changes have been included with the package to take the bumps out of the transition from arcade to the comfort of your home. Each game – aside from Super Puzzle Fighter II Turbo – has a training mode you can mess around in. There are customizable difficulty options for those out there looking for a more relaxing journey through the past, quick saves, and customizable controls. 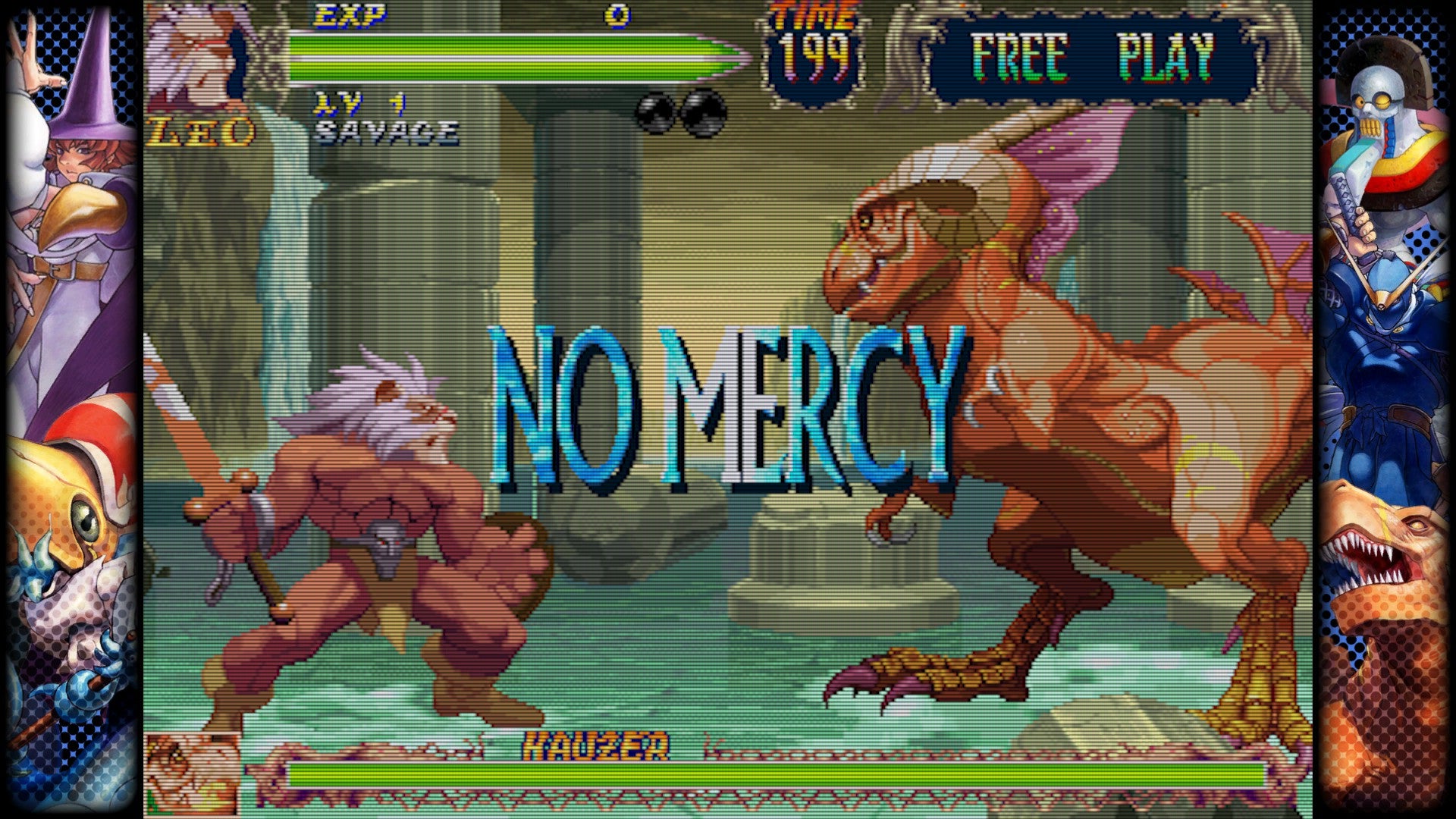 Red Earth can be challenging from time to time, so some help around the learning curve is much appreciated.

These are all great additions for those wanting to take a gander at these games without bashing their head against the challenging gameplay the genre is known for.

Treats for the super fans

There’s a lot here for those absolutely entrenched in the games present in the Capcom Fighting Collection – and it’s all found in the Museum. This section of the game is packed full of official art, concept pieces, design documents, and previously unreleased material that you can spend minutes or hours staring at. All high-res and gift wrapped in that signature style we mentioned earlier, each game has ample content outside of the fights available to enjoy. We’re talking over 500 total pieces of art and 400 music tracks here – more than enough to tide over the super nerds who love scouring over this stuff. 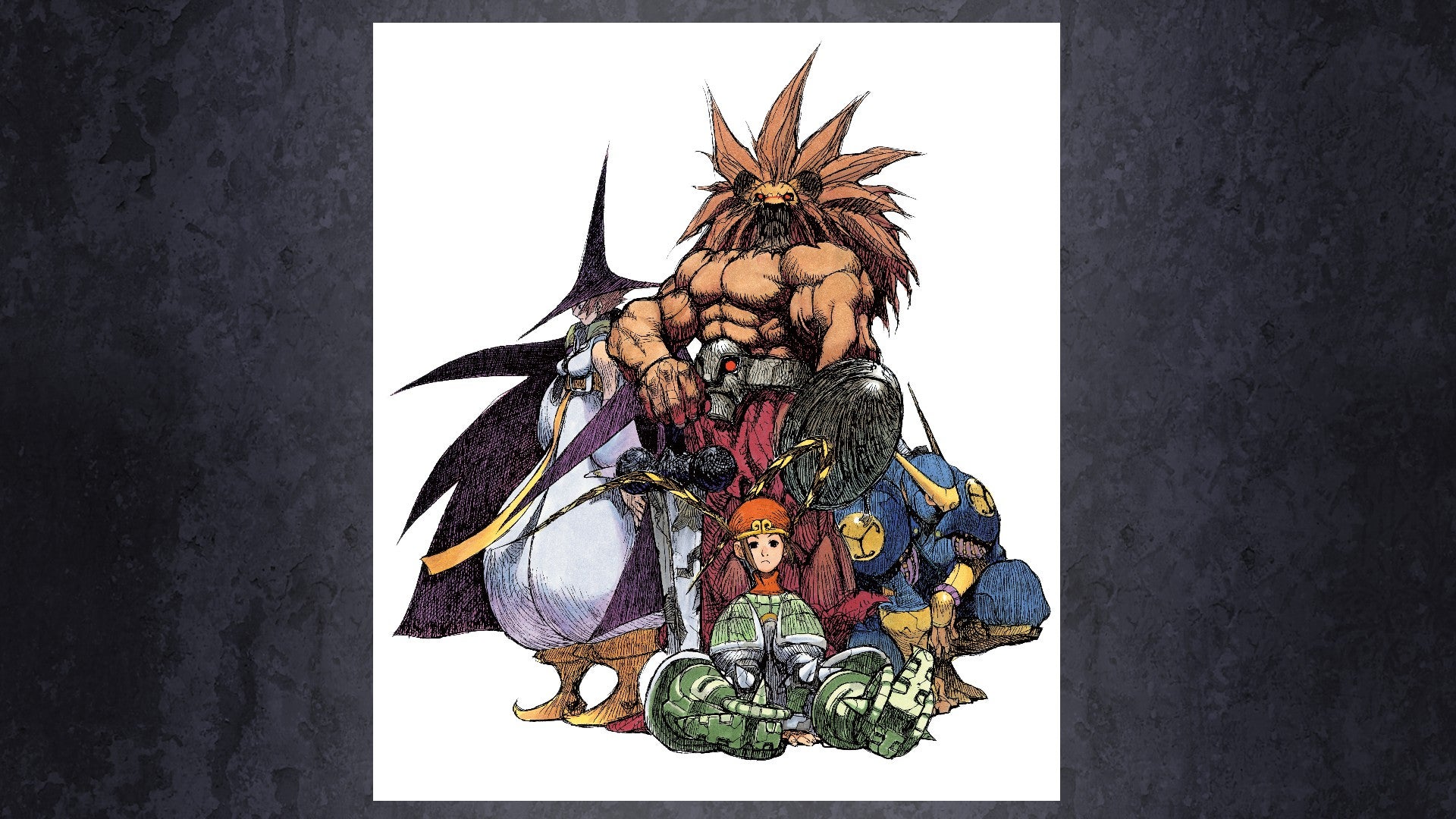 For those who pre-order the game, there are some exclusive bits of art and music available (which we can’t show in this preview, you’ll have to pick up the game yourself to see them yourselves), but it’s a truly impressive amount of extra content for those head over heels for the titles present here. Is the appeal of an in-game museum a touch niche? Yeah, but if we’re being totally honest, the crowd who’ll likely pick up the Capcom Fighting Collection is more than likely to fall into the crowd who could goggle at early pictures of Morrigan, or sit there mouth agape at some Red Earth promotional material.

Now, this is just a preview, which means there’s some aspects of the game left untested, with their quality uncertain. The largest question mark is hands down the online multiplayer, which remained unpopulated during the time I spent previewing it. While the game does have rollback netcode – which is some high quality network software that goes a long way in establishing stable connections between players – it’s not an automatic pass. After all, Street Fighter V has rollback, but your experience can vary greatly in Capcom’s contemporary fighter.

As such, we can’t speak to how well this game holds up online, and that’s a big deal! Even before the pandemic, the idea of meeting up and playing sets of classic fighting games wouldn’t be a possibility for many out there. Believe it or not, there’s not usually a vast community of people down to meet up and play Darkstalkers in person in every city in the world. As such, we’re eager to learn more about how this game handles online multiplayer closer to launch. 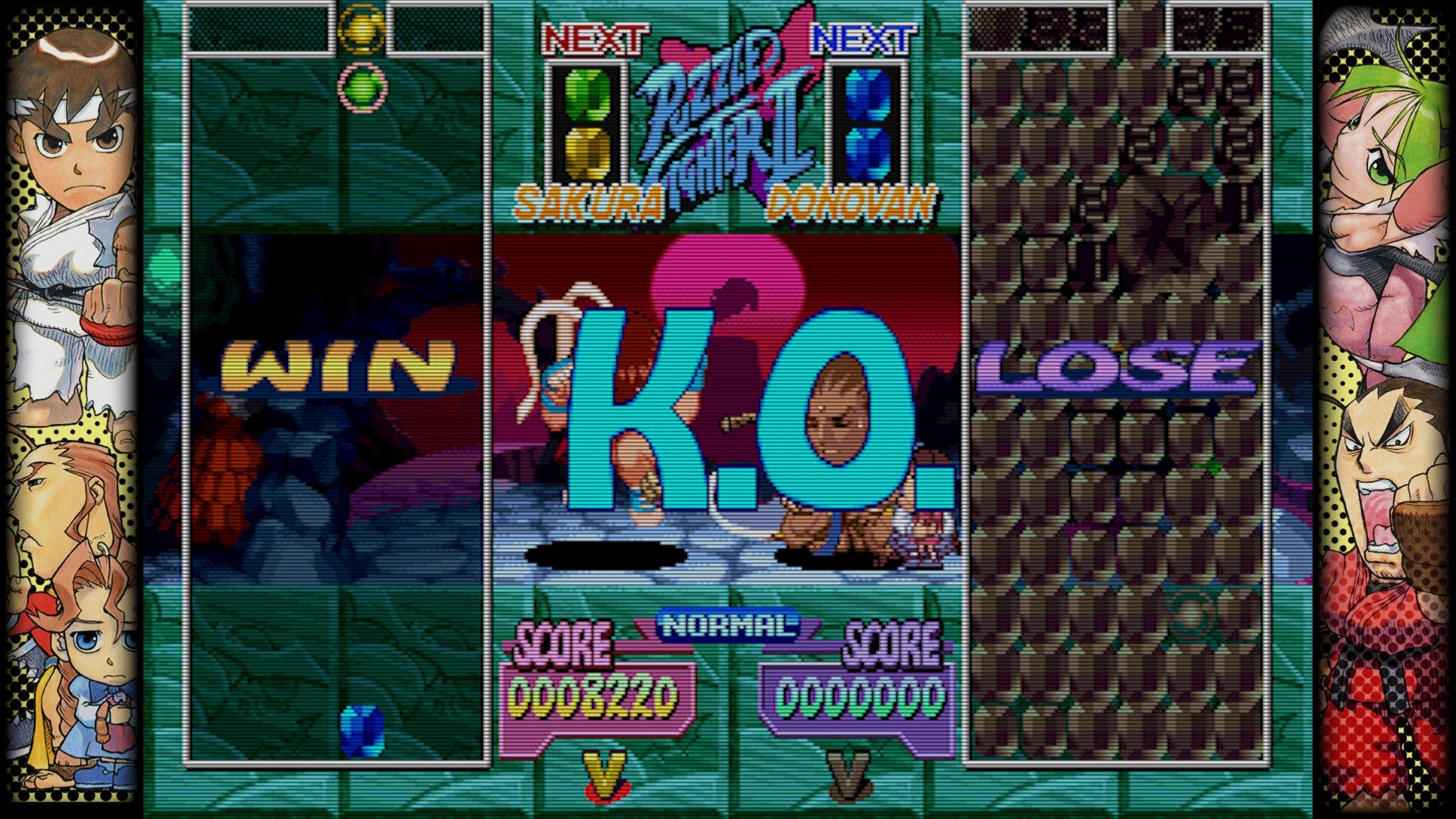 The opportunity to play some of these games online with friends is tantalizing to think about.

If it works, the multiplayer looks to be lush. It comes with ranked and casual queues, custom lobbies, and a dedicated spectator mode. So it could well be the best part of the game long term for those taking on the collection with competitive intentions or a pack of friends looking to battle it out every now and again.

In addition, we were only able to test out the PC version of the game for this preview. While the Capcom Fighting Collection is due to release on the PS4, Switch, Xbox One and Steam, the performance you can expect on all but the last of those isn’t something we can test right now. I stand by the game’s quality on my computer, but can’t speak for how it runs on anything else.

Overall, from what we’ve seen, the Capcom Fighting Collection is a brilliant package for those with a taste of the past. Unless the online or other versions tragically let the overall product down, it’s an easy recommendation to the certain sort who eat up this sort of thing.