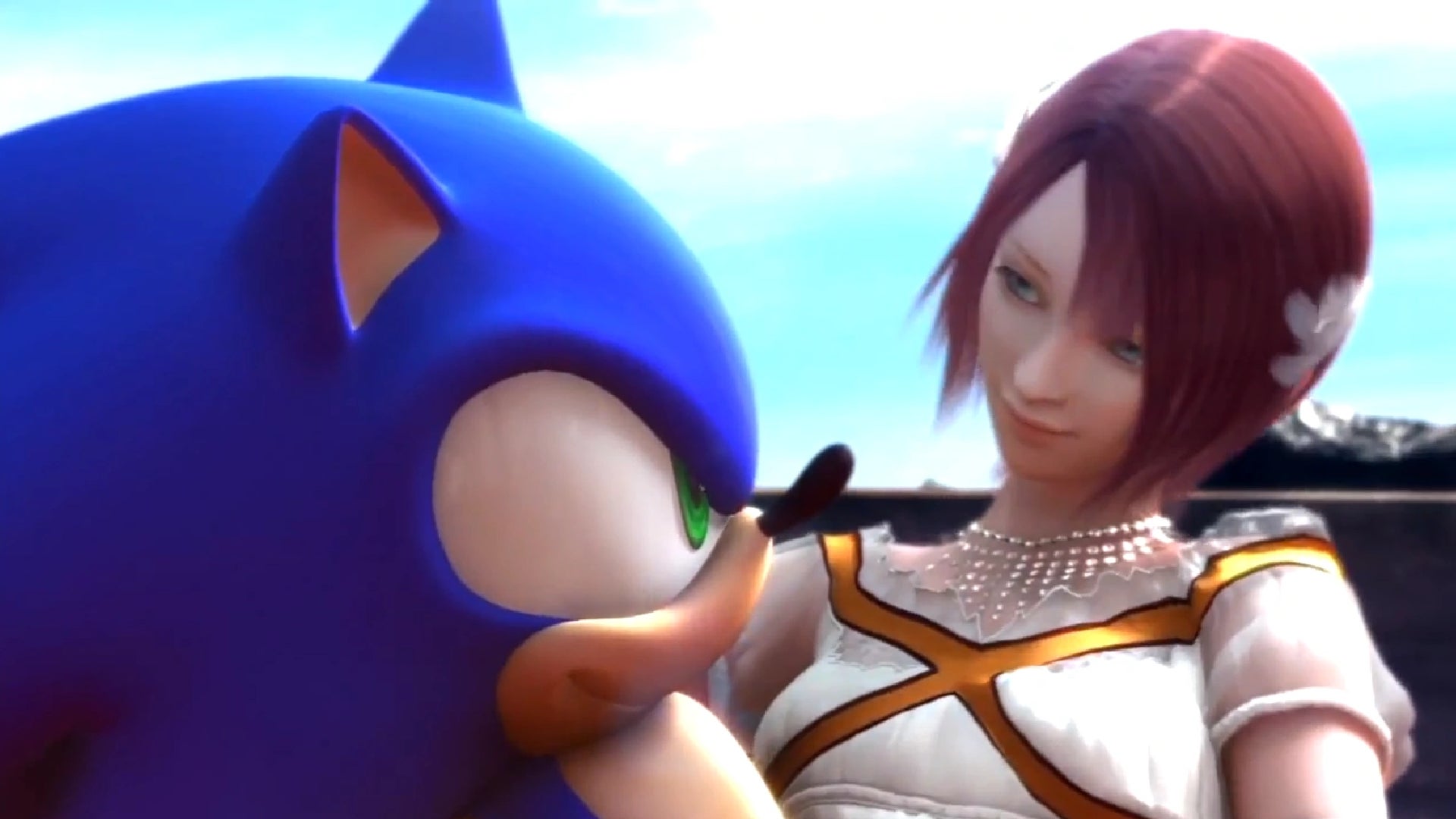 Sega's Takashi Iizuka notes that the publisher has learned its lesson, and there'll be no more human-on-hedgehog romance.

Remember the infamous kiss in Sonic the Hedgehog (2006)? You know, the one where Knuckles stands awkwardly in the background as Princess Elise the Third plants her delicate human lips on Sonic's tiny little hedgehog face? Well, if Sega's Takashi Iizuka has his way, that'll never be happening again.

Iizuka has been with Sega since 1994, meaning he's worked on the Blue Blur since the incredible Sonic the Hedgehog 3. So he knows a thing or two about how to make a Sonic game. Ahead of the launch of both Sonic Origins and Sonic Frontiers later this year, Axios interviewed the senior creative to ask whether it's likely that Sonic will lock lips with another human.

"I don't think we'll be doing that again", Iizuka said. If you've never seen the moment in question, check the video at the bottom of this page – it's certainly... something.

Elsewhere in the interview, Iizuka noted that there are two official rules that inform the design of any Sonic game: first, Sonic needs to have a strong sense of speed; and secondly, Sonic cannot swim. Huh.

We recently saw Sonic 06 mysteriously re-appear on Xbox Store – arriving at a pricepoint that's £3.39 more than it's worth. Sega relisted the controversial Sonic game over a decade after it tried to scrub it from the face of the earth.

Sonic 06 was one of a couple of Sonic games delisted from digital stores over 10 years ago, in a vague attempt to rescue the icon's reputation. Things have gotten better since – Sonic Mania may well be the best the Blue Blur has ever looked – but back in the 00s, the platforming hero certainly took a battering.

Here's hoping Sonic Frontiers and Sonic Origins can continue Sonic's redemption arc... although from what we've seen so far, it's looking likely that one of those games is going to fare far, far better than the other.

Sonic Frontiers is scheduled for release this holiday for PC, PS4, PS5, Nintendo Switch, Xbox One, and Xbox Series X/S.