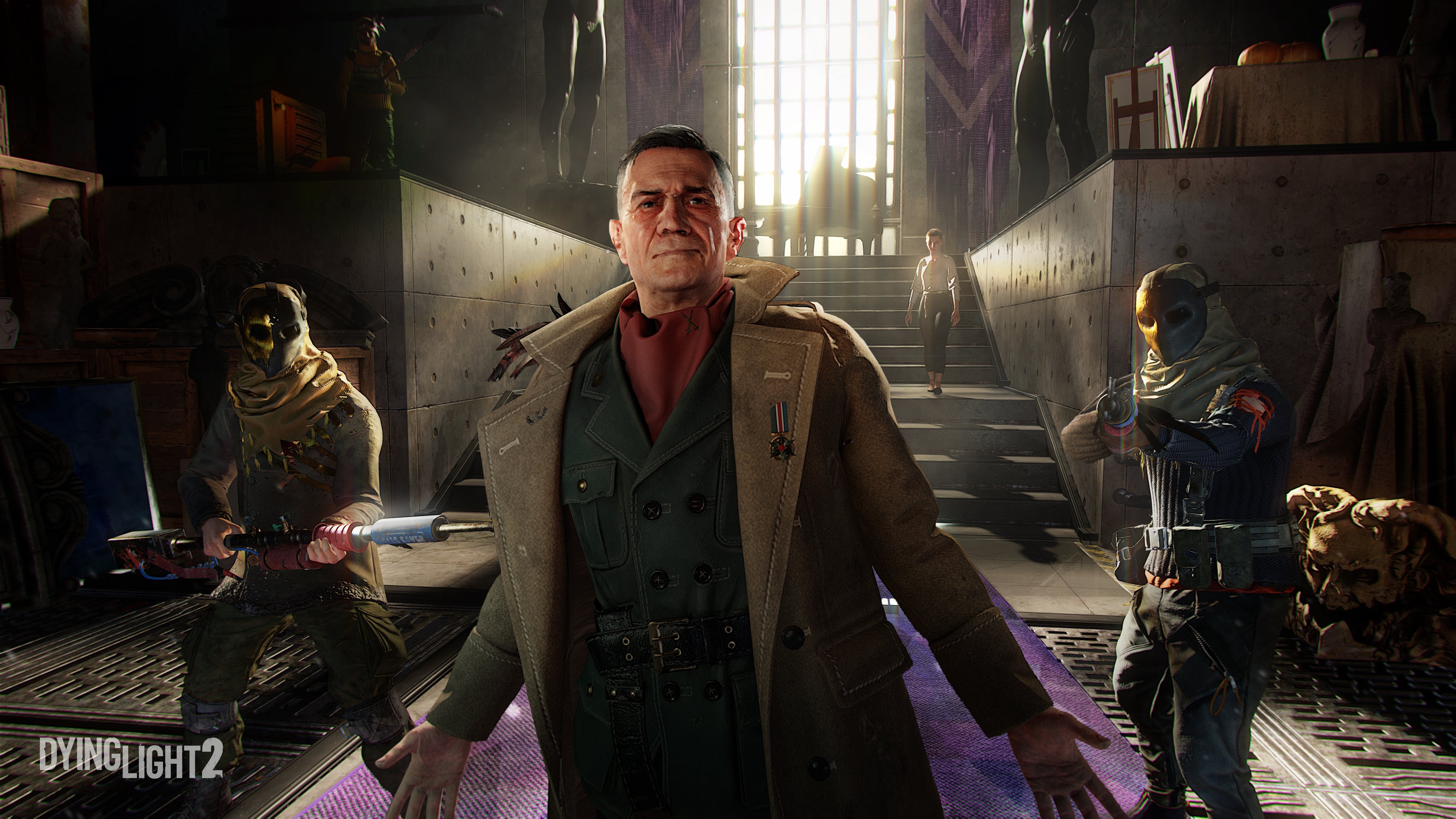 It’s been nearly seven years since Dying Light launched on the last generation of consoles, and in that time, this fledgling franchise has already made one hell of a name for itself. Despite stumbling out the gates at launch, the first game has gone on to be something of a cult classic – one that’s still supported by its developers to this day.

From that well-supported, deeply refined base comes Dying Light 2 – a new game set in a new world with a new protagonist (that'll apparently take a good 500+ hours to fully complete). It’s something of a clean slate for developer Techland, and in many ways, the studio has gone back to the drawing board in order to try and make the series even more appealing to games of all tastes.

From what we’ve played so far, this new approach to the series is paying off: Dying Light 2 is a playground full of white-knuckle parkour moves, crunchy combat, and story beats that can vary wildly from player-to-player, depending on the choices that you make. Multiple delays have shuffled this game back time and again, but the time is almost here for us to finally get our teeth into Techland’s long-awaited follow-up to one of last-generation’s biggest sleeper hits.

Ahead of Dying Light 2’s February 4 2022 release date, we’ve put together a quick rundown of the most important things you need to know about this zombie-bashing epic.

Whilst you’ll definitely get more out of Dying Light 2 if you play the first game, it’s not an essential condition of entry for the new title: Dying Light 2 features a new protagonist, a new setting, and is set 15 years after the events of the first game. This means the apocalypse has really had time to set in, and what we see in the new playground of Harran is a world used to fending off zombies – and a population adapting to this strange new world full of undead horrors and contagious diseases. That means, for us, we can go into the sequel knowing very little about the world of Dying Light and still have a good time. 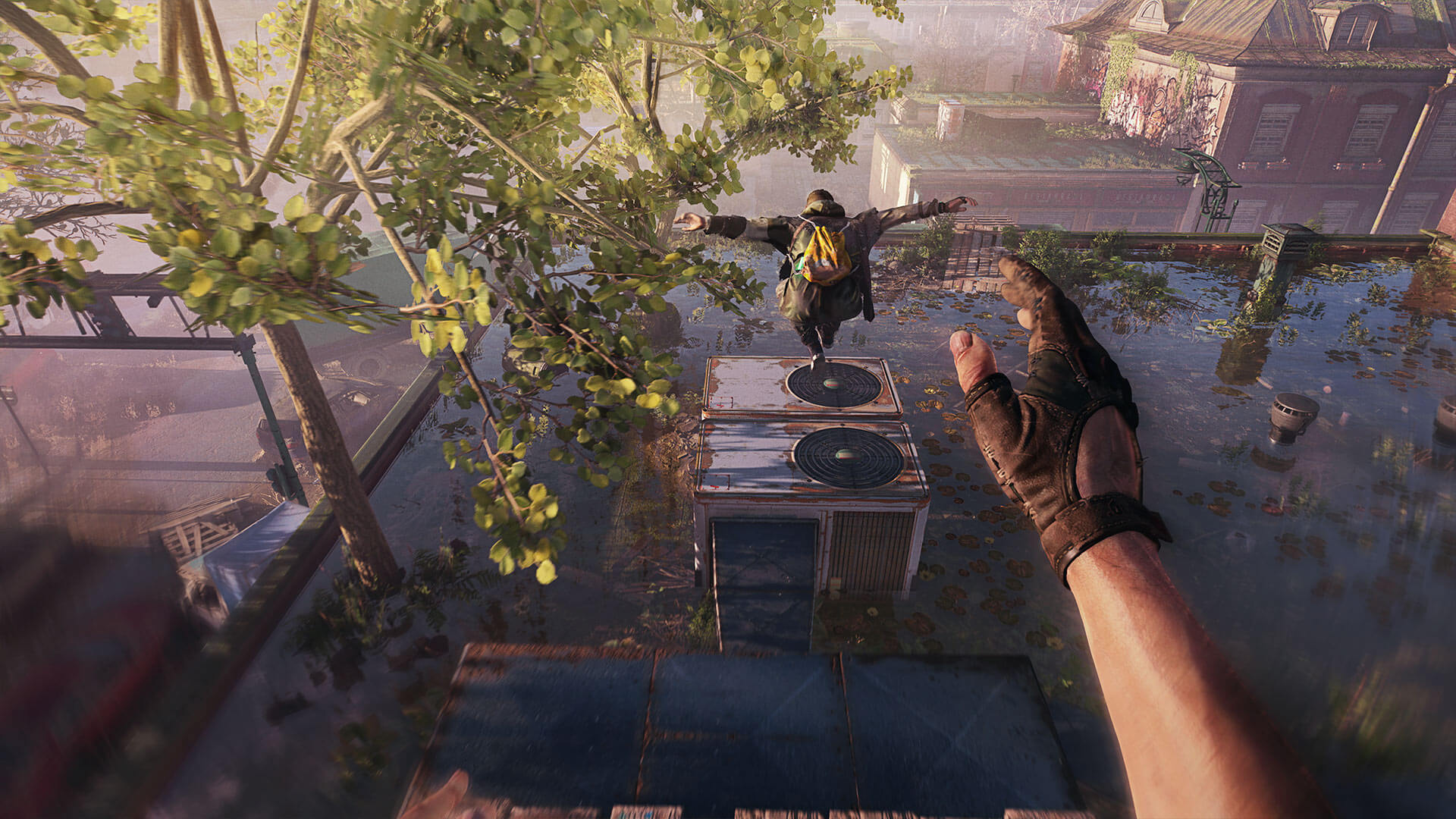 You need to stay on your toes

As per the developer, there are 1000s of animations in the game – twice as many than were in the original game. This focus on fluidity and movement has inspired the game design quite a lot, leading Techland to create a city that’s flush with towering buildings and perilous routes between them. You’re going to encounter a lot of enemies that are too strong for you to take on early in the game, so being nimble, knowing your escape routes and choosing when to run away are all important – if not essential – skills to master. 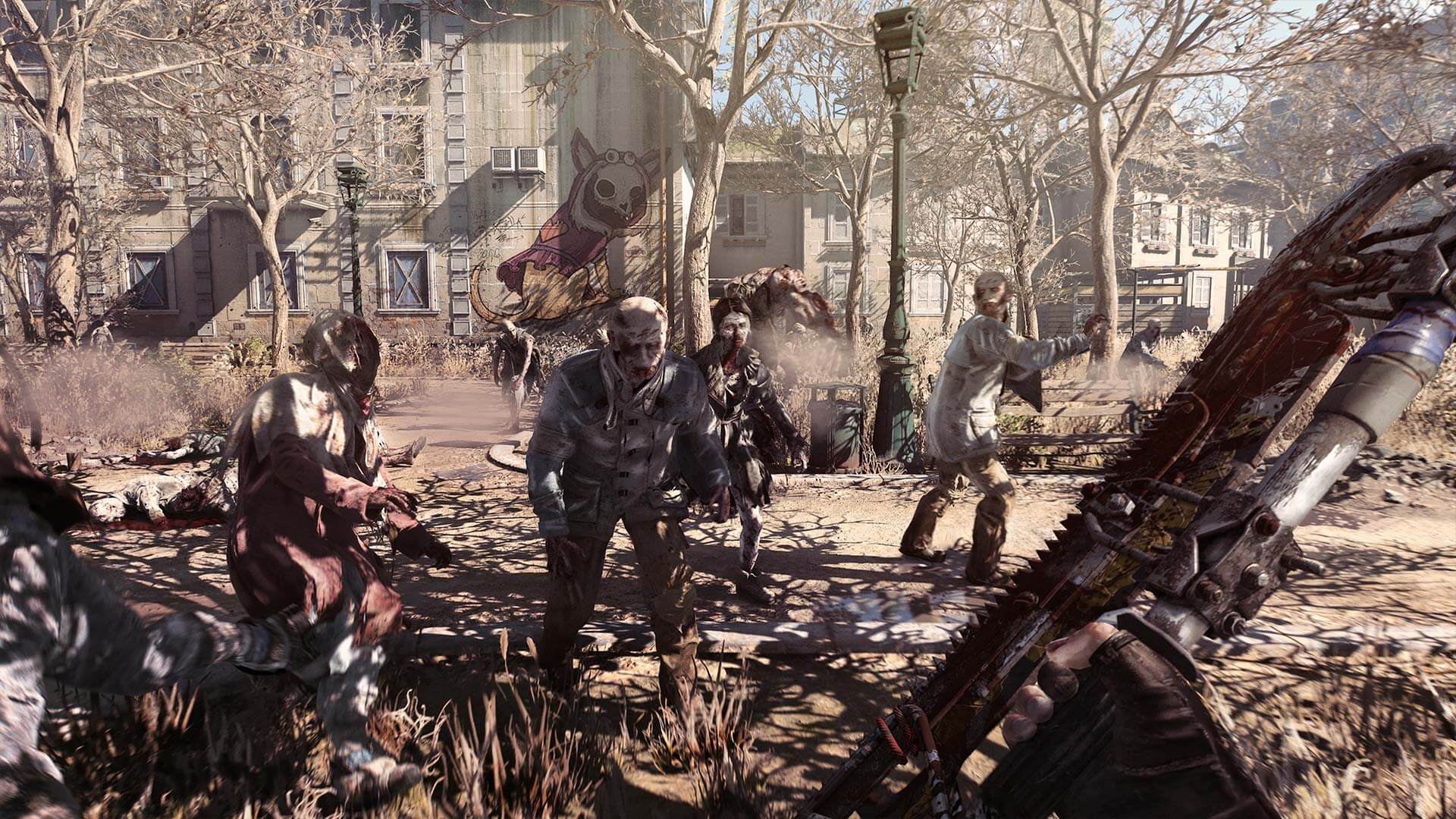 Get used to melee combat

Harran – where the game is set – is a fictional European city with a lot of history to it. A large part of the in-game lore is dedicated to telling you why there are very few guns knocking around (you don’t tend to see many firearms in European cities, do you?) What this means from a gameplay perspective is a renewed focus on melee combat and hand-to-hand battles – learning how to use knives, poles, baseball bats and whatever else is key to survival in this city. Whether you’re fending off the living or the dead, you’re going to need to become proficient with your body sharpish if you want to make it through one of those long, terrifying nights. 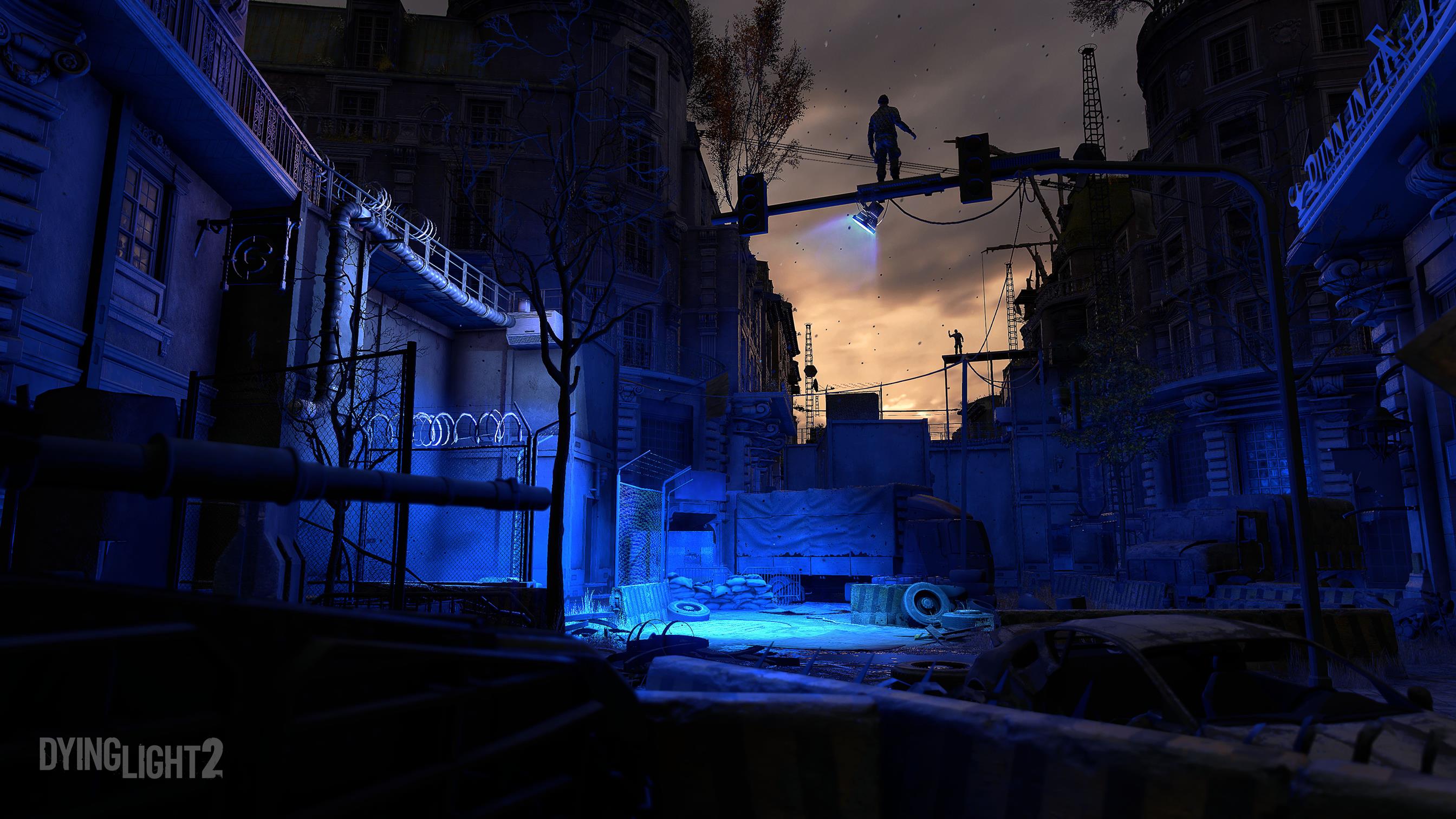 Keep an eye on the clock

Speaking of which, there’s a reason this game is called ‘Dying Light 2’. There’s a day/night cycle that you’re going to need to pay close attention to if you want to get the best gear – or access the most dangerous places with a little bit more security. During the day, the streets are generally a bit safer (letting you get around the city easily) but zombies huddle indoors, away from the sun’s deadly UV rays. At night, they’ll pack the streets – making it harder for you to get around, but letting you infiltrate their lairs and pilfer the best loot without too much risk. Be aware of the time, and plan your actions accordingly. You don’t want to end up trapped in the depths of a mall when the sun’s about to come up, after all… 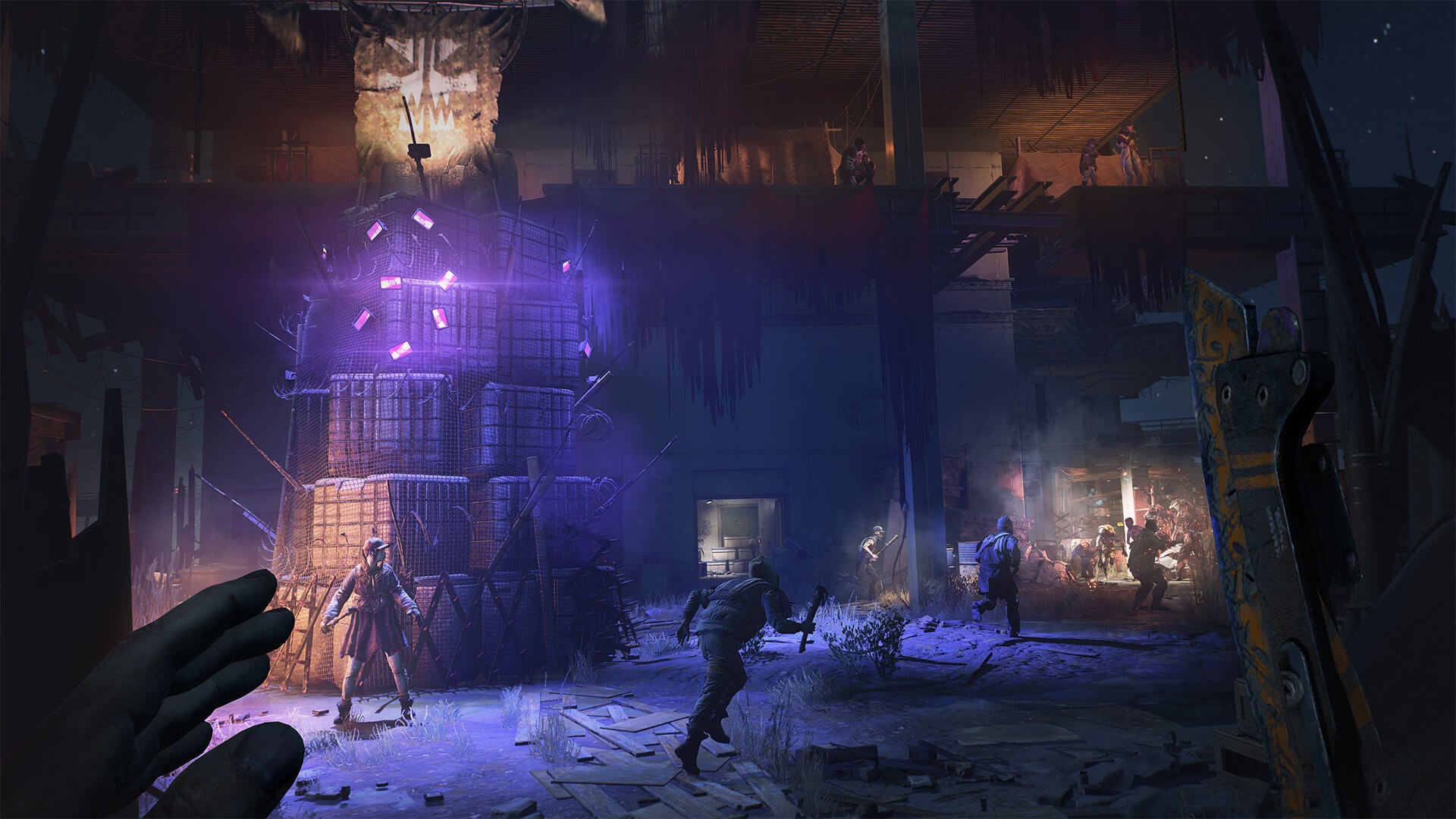 In the first game, stealth wasn’t a particularly viable option. Sure, you could try and sneak around bandits and zombies, but more often than not it was far more efficient just to slice and dice your opponents in a flurry of knives and arrows. Now, though, updated AI and a skill tree more suited to stealth play means that you can opt to sneak around the clamouring undead and assassinate them, if that’s more your style. If you’re finding a story mission or side mission a bit too tricky, a more silent approach could be just the thing you need to progress and level up until you’re a bit more powerful.