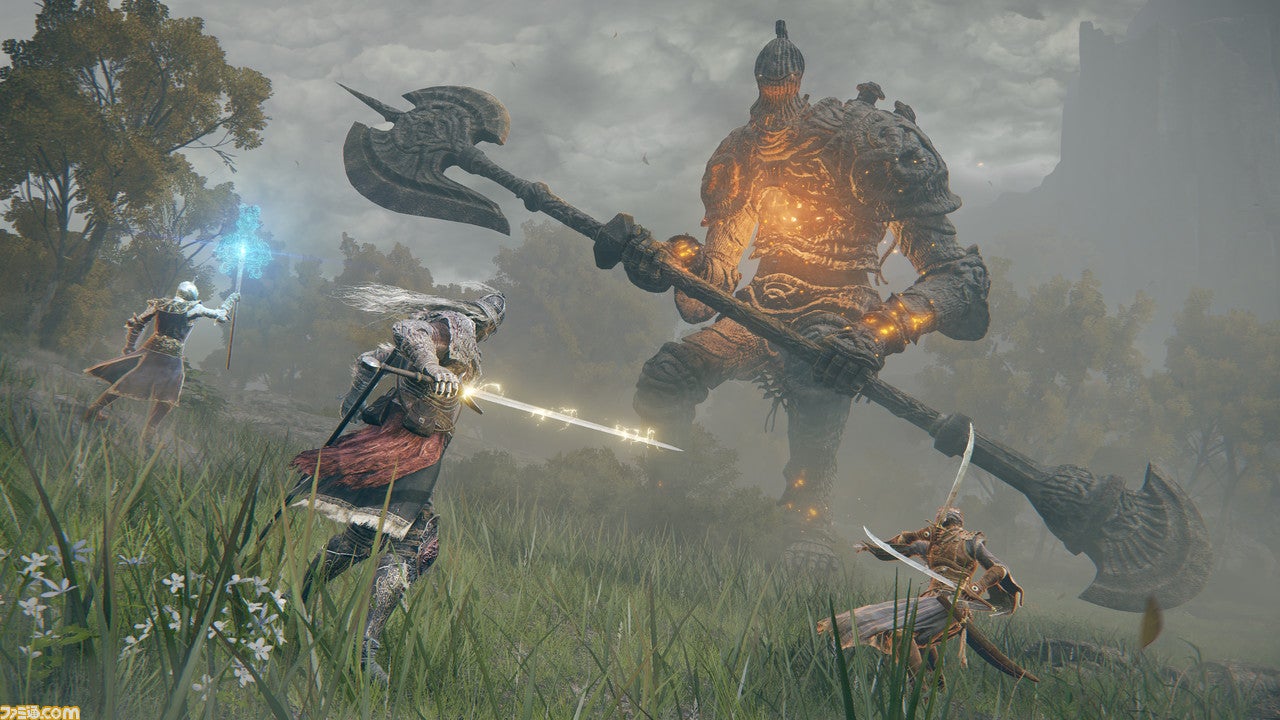 From Software's latest trailer introduces you to the demi-gods who rule The Lands Between, and shows you why everything is doomed.

Publisher Bandai Namco and developer FromSoftware have released a new story trailer for Elden Ring that gives us a little more insight into just how bloody screwed the universe really is.

Before the trailer debuted at this year's Game Awards showcase, an actual anamatronic Pot Boy appeared – for some reason – to give the Doritos Pope himself, Geoff Keighley, some notes about the game's latest trailer. What followed was an existential, grim look at the grimdark world of Elden Ring. We've embedded it below, for your convinience.

"What could the demigods ever hope to win by warring?" asks a woman, seemingly with too many hands. Then we see some characters going at it, in an aggressive manner you'd expect from the doomed denizens of a From Software game.

It makes sense that this level of doom, death and dismal philosophy was introduced to the game by George R. R. Martin. Any additions he made to the game, though, wouldn't have been added that recently: he noted earlier this year that his work on Elden Ring was finished "years ago".

Originally slated for January 21 before getting delayed later into 2022, the action-RPG has been in development longer so that the development team can bring more "depth and strategic freedom of the game".

If you're keen on saving this doomed world from extinction yourself, don't worry – there's not too much longer to wait until you and your horse can stop the apocalypse. Elden Ring launches on PS5, PS4, Xbox Series X, Xbox One, and PC on February 25, 2022.