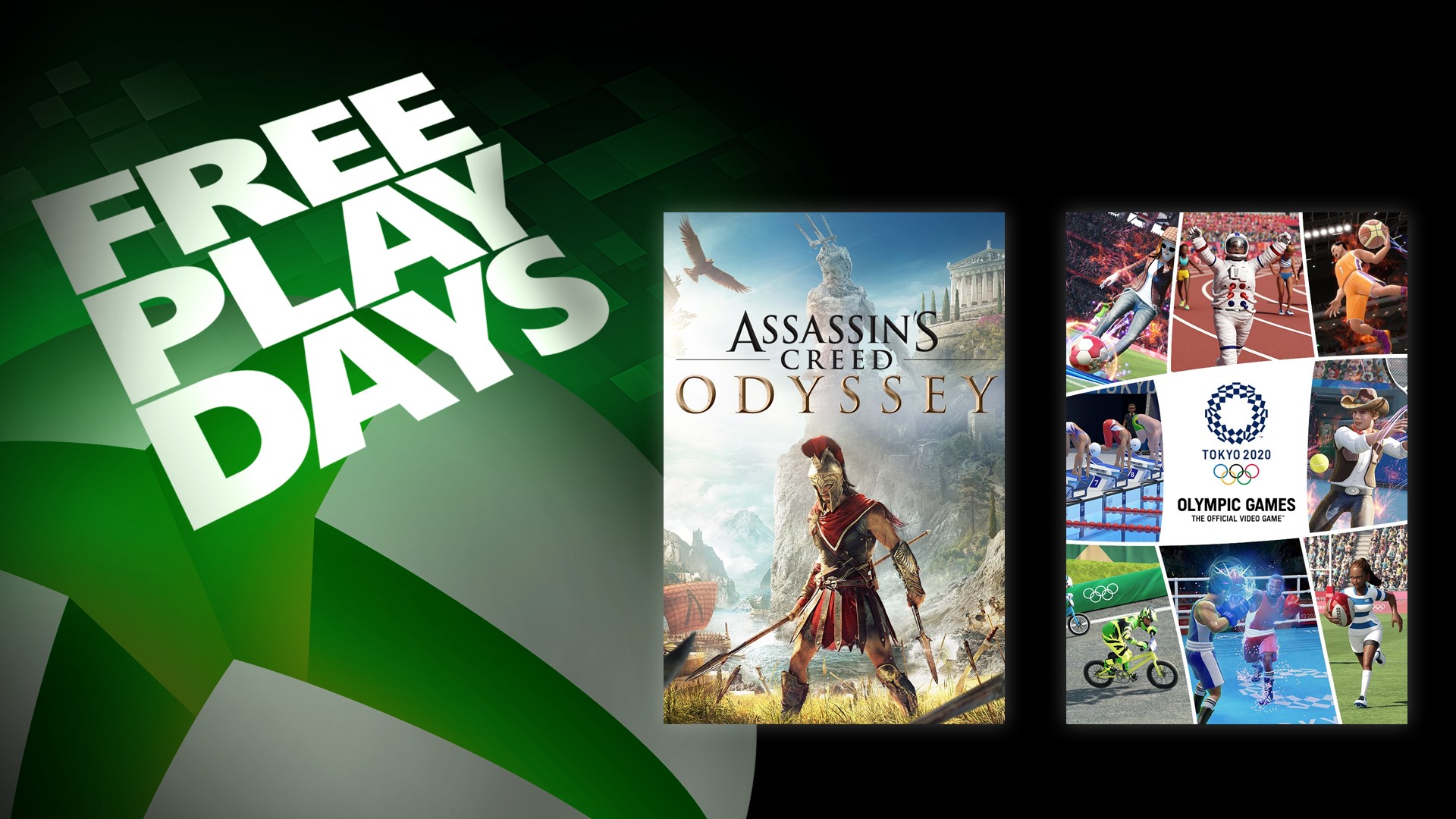 Fulfill your destiny in Ancient Greece or compete for the gold. Assassin’s Creed Odyssey and Olympic Games Tokyo 2020 – The Official Video Game are both available for Xbox Live Gold and Xbox Game Pass Ultimate members to play from Thursday, December 16 at 12:01 a.m. PST until Sunday, December 19 at 11:59 p.m. PST.

How to Start Playing

Find and install the games here on Xbox.com. Clicking through will send you to the Microsoft Store, where you must be signed in to see the option to install with your Xbox Live Gold membership. To download on console, click on the Subscriptions tab in the Xbox Store and enter the Gold member area to locate the Free Play Days collection on your Xbox One.

Purchase the game and other editions at a limited time discount and continue playing while keeping your Gamerscore and earned achievements during the event! Please note that discount percentage may vary by region.

Assassin’s Creed Odyssey Forge your destiny as a legendary Spartan hero in the lush world of Ancient Greece. From the height of snowy peaks to the depths of the Aegean Sea, explore this iconic period from antiquity as it lies on the brink of tearing itself apart. Show off your warrior abilities in large-scale battles, fight through naval fleets, and uncover hidden treasures in an ever-changing world that is shaped by your choices. Assassin’s Creed Odyssey is back on Free Play Days so begin to write your epic odyssey for free this weekend only.

Olympic Games Tokyo 2020 – The Official Video Game Prepare to unleash the competitor within you in your march for victory. Create your athlete, customize their skills, and pick the perfect costume in a party game which anyone can pick up and enjoy. Celebrate the start of the Olympic Games in style between 18 fun-fueled sporting events, from the 100m dash, Basketball, Boxing, and more. Going for the gold has never been this much fun.