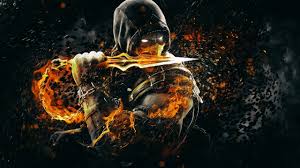 The Hatsune Miku Project Diva series has finally made its debut on PC, with Sega dropping MegaMix+ out of absolutely nowhere.

Project Diva contains some of the greatest rhythm games I've ever had the pleasure of playing, and one of the main reasons my PlayStation consoles still get any love. It made its way onto Switch last year in the form of MegaMix, which appears to be the version PC users are getting, along with a sprinkle of PlayStation 4's Future Tone visuals.

The base game comes with over 170 songs. There should be the fan favourites like Alien Alien, World is Mine and Senbonzakura along with my personal favourites Sadistic Music Factory and This is the Happiness and Peace of Mind Committee. You can also pick up the DLC for an extra 72 songs, though it's nearly as expensive as the main game. You can also switch up the graphics, with the choice to choose from either MegaMix's anime visuals or Future Tone's more realistic vibes.

There's a good chance that it might be the most complete Project Diva game we've had to date, and having it on PC is a major bonus. It'll also be a great opportunity for the modding community to get stuck in—I hope we'll see some ridiculously tough beatmaps surface sometime soon.