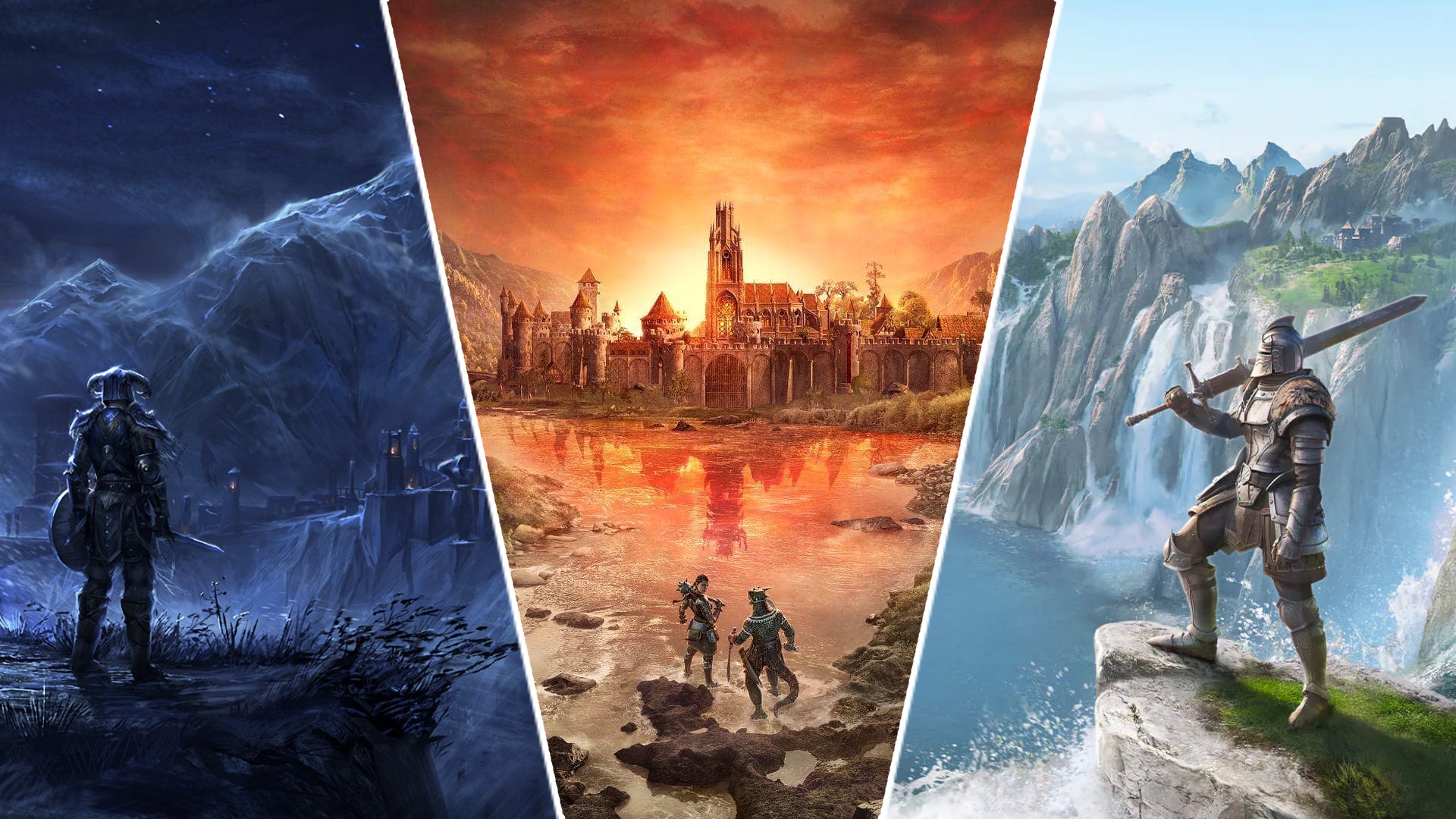 I’m totally okay with lagging behind TESO’s content updates and timed events because Tamriel isn’t rushing me to the next raid.

As we wait for The Elder Scrolls 6 to materialize one way or another, and endure a now-even-longer wait for Starfield, The Elder Scrolls Online remains Bethesda’s flagship all-you-can-eat title. And it’s not even developed by Bethesda Game Studios.

There's a great Elder Scrolls game you can play as you wait for the next mainline entry in the series, you know...

When it launched back in 2014, TESO made many mistakes – something that sadly feels like tradition for large online games. Chief among them was the decision to go with a subscription-based model, trying to take a bite out of World of Warcraft’s real state. The Old Republic couldn’t achieve that even with all the power of the Star Wars IP and BioWare’s expertise. Unsurprisingly, things didn’t work out too well for ZeniMax Online’s MMORPG at first, either; less than a year after it launched, TESO dropped the mandatory subscription and worked towards actually becoming The Elder Scrolls (but) Online. 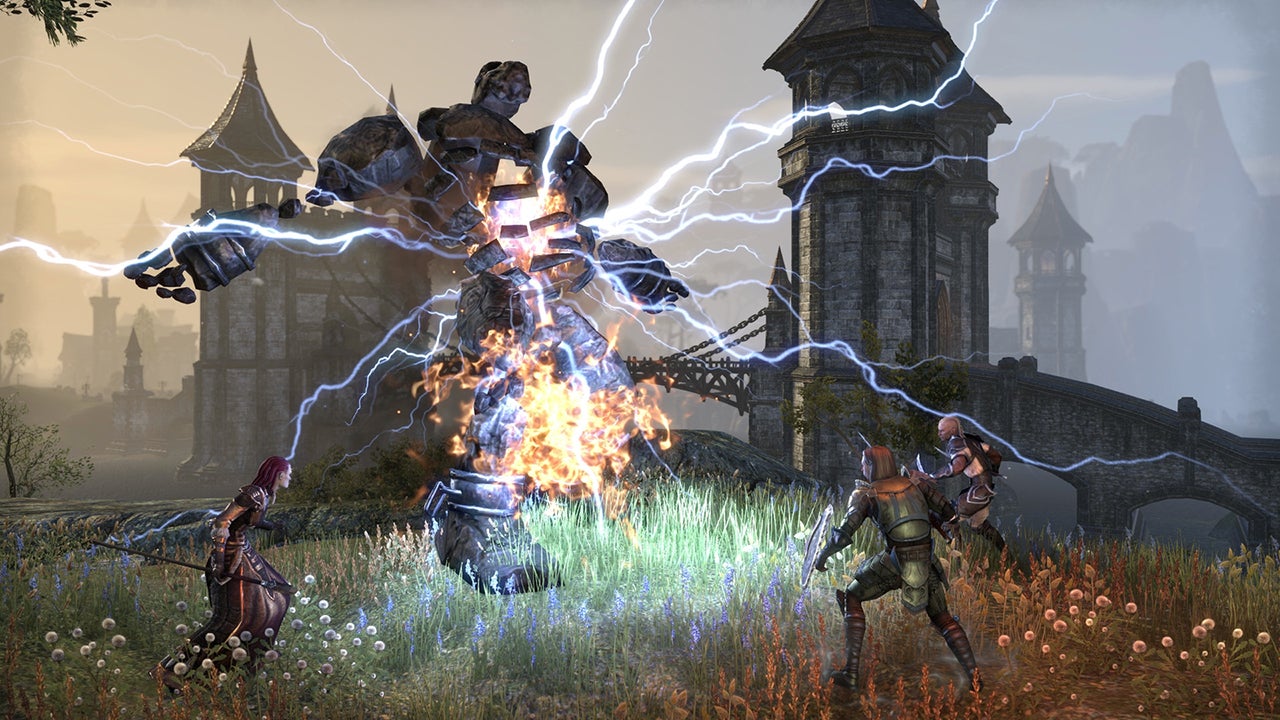 Honestly, WoW isn't a patch on TESO these days.

2015 and 2016 brought forth the changes that essentially turned TESO into the unique MMORPG that it is today. Of course, changing the obligatory subscription into an optional offering for the more hardcore players was a big step forward, but it was the One Tamriel update in late 2016 which won many players over. The game’s biggest rework removed level restrictions tied to areas and the core activities, effectively adding the layer of player-driven freedom that had defined Bethesda Game Studios’ games for over a decade.

Mind you, TESO still plays like a modern MMORPG, but it’s one of the few big online titles that isn’t constantly funneling you towards the next big step in a long list of obligatory missions and progression. It turns out that TES diehards didn’t want a World of Warcraft reskin, but simply The Elder Scrolls Online. Who would have thought?! 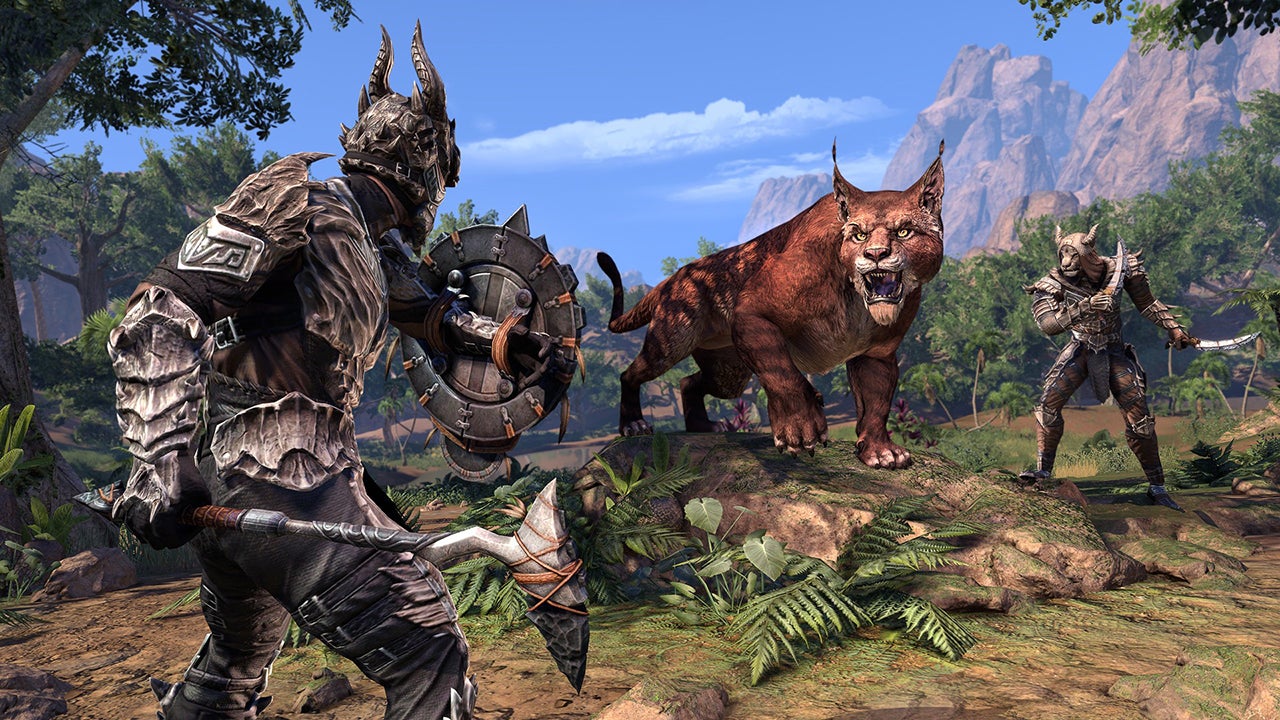 If you're bored of other MMOs, you should just go Elsweyr.

Once ZeniMax was done with the first batch of sizable DLCs and reworks of the core game, 2017 introduced the Morrowind expansion pack, marking the game’s first step into a yearly model of updates built around a larger content drop – much like Destiny 2’s. It’s a strategy that has worked out amazingly for Bethesda and ZeniMax, and one which has made following TESO’s overarching narrative and constant evolution much easier.

For a casual MMORPG player such as me, trying to make sense of a non-stop flurry of updates and reworks is exhausting at best and mind-numbing at worst. And there’s no avoiding that in the age of evergrowing online games that struggle to meet the unrealistic demands of players with too much free time on their hands. But the TESO team appears to have struck a nice balance between keeping the most rabid section of its playerbase entertained and gracefully guiding casual players through Tamriel’s many changes. 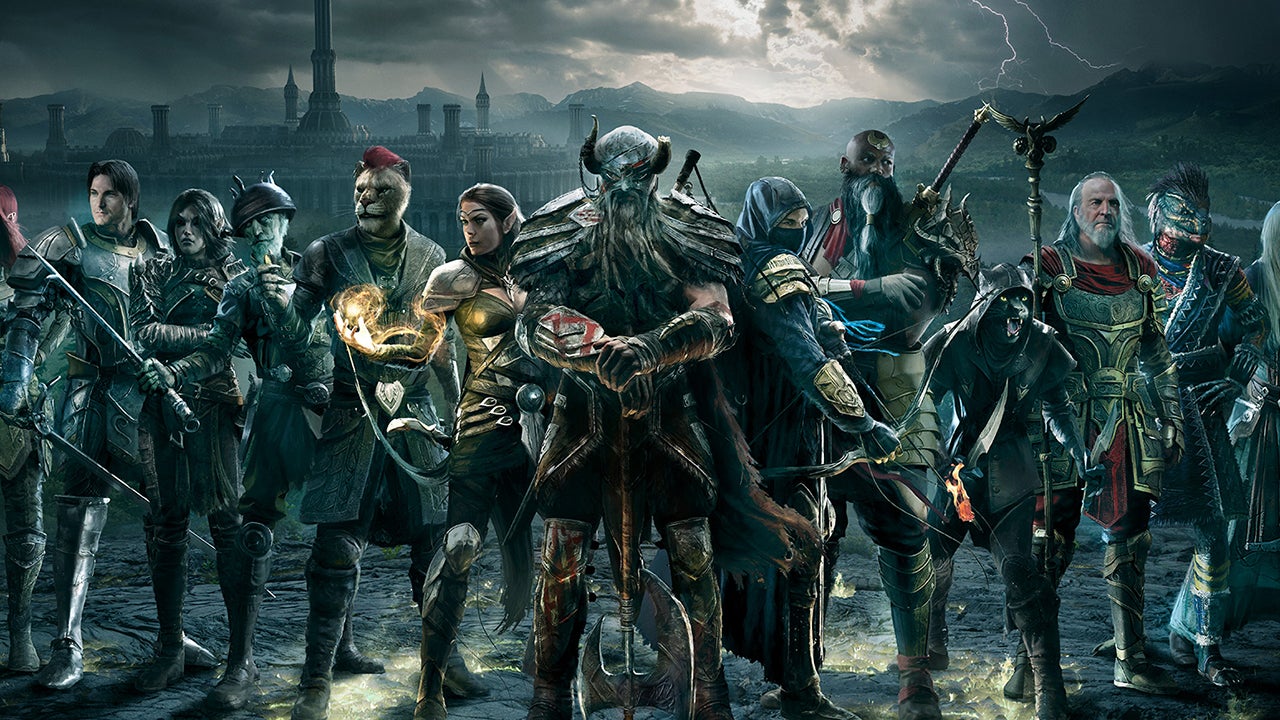 Tamriel is full of friendly faces.

You can always expect a chunky livestream early in the year to tell you what’s the next big thing in the seemingly endless TESO saga. Timed events and minor updates, which are peppered throughout each year, may be referenced, but the spotlight is put on the main attraction. On top of that, the minor DLCs that lead up to – and continue – the main expansions’ storylines are clearly outlined in roadmaps that aren’t bloated with video game-y stuff pertaining to other aspects of the MMORPG.

In stark contrast to Blizzard’s headache-inducing streams and presentations for WoW, ZeniMax cuts all the numbers and more technical BS to focus on what makes TESO – and The Elder Scrolls as a whole – matter to so many people: the world and the narrative. Where are we going next? Who are we meeting? Who are we fighting? I can surely read about every small tweak and system rework in blog posts and patch notes. 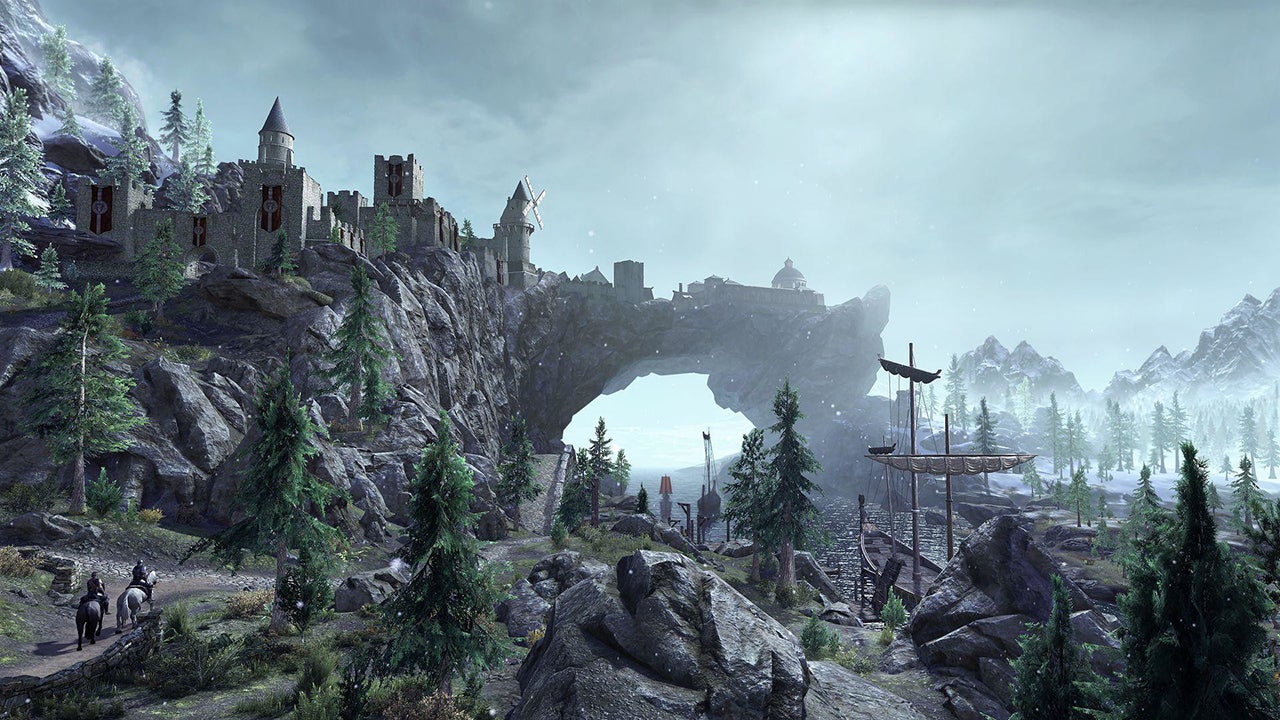 The most technical those streams ever get is, for example, outlining tangible changes in how the housing or companion systems work, maybe giving players an update on how optimization efforts are going… That’s mostly it. Still, and as I mentioned before, all the information I might need is available elsewhere. And this order of priorities is felt inside the game as well, which is why I’m writing this piece in the first place.

We’ve already discussed how TESO might be the perfect solo-friendly MMORPG experience, and it largely has to do with how the developer has handled its approach to the franchise’s signature open-world RPG freedom. But there’s also a special sensibility to how the studio is delivering the content and letting players flow through it. 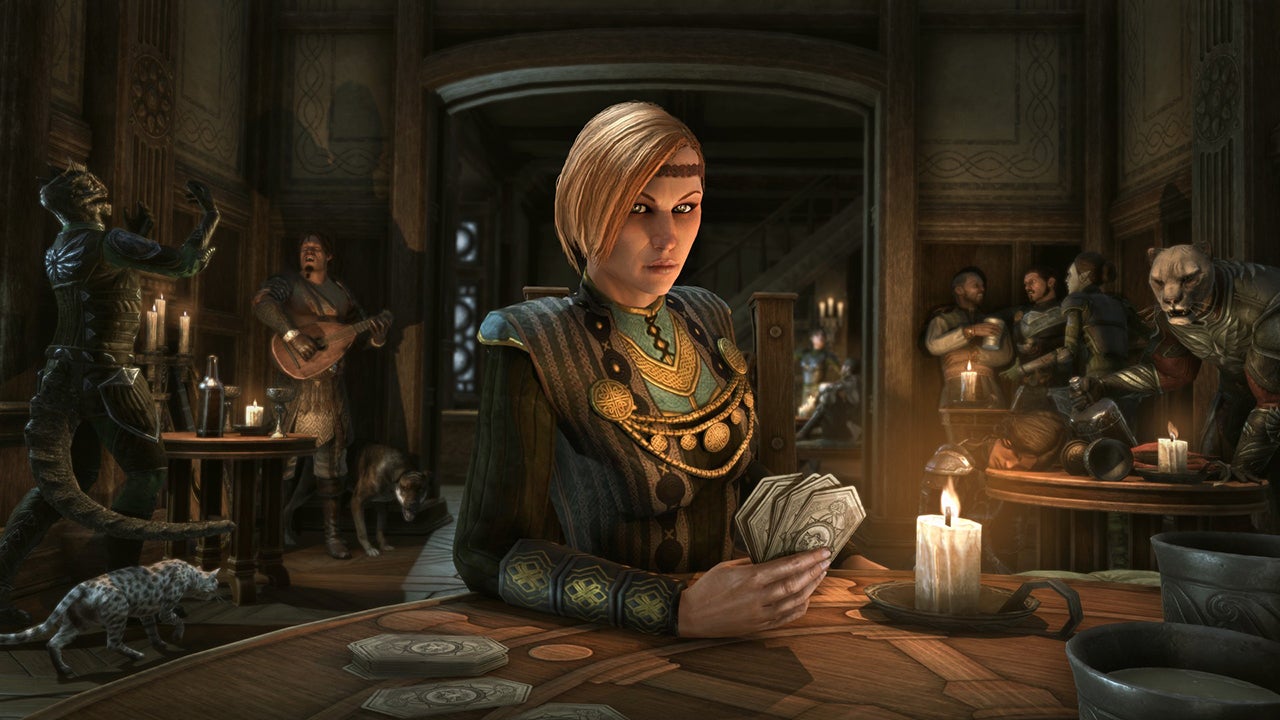 Everyone – get in here and say hello!

First, I never feel like I’m missing out on anything. Yes, the game’s many activities might be tiered, and timed events are screaming in my face “come grab these shiny loot crates” every time I log in, but it really isn’t a requirement to optimize my enjoyment of TESO’s world and many many quests… or even the high-level dungeons!

With One Tamriel “softening” the playing field for TESO’s main body of areas and quests, progressing through story arcs and jumping between regions is smooth as butter, and most of the group-based activities that I (may) want to grind every time I jump into the game don’t lock me out because I’m missing the latest meta build. 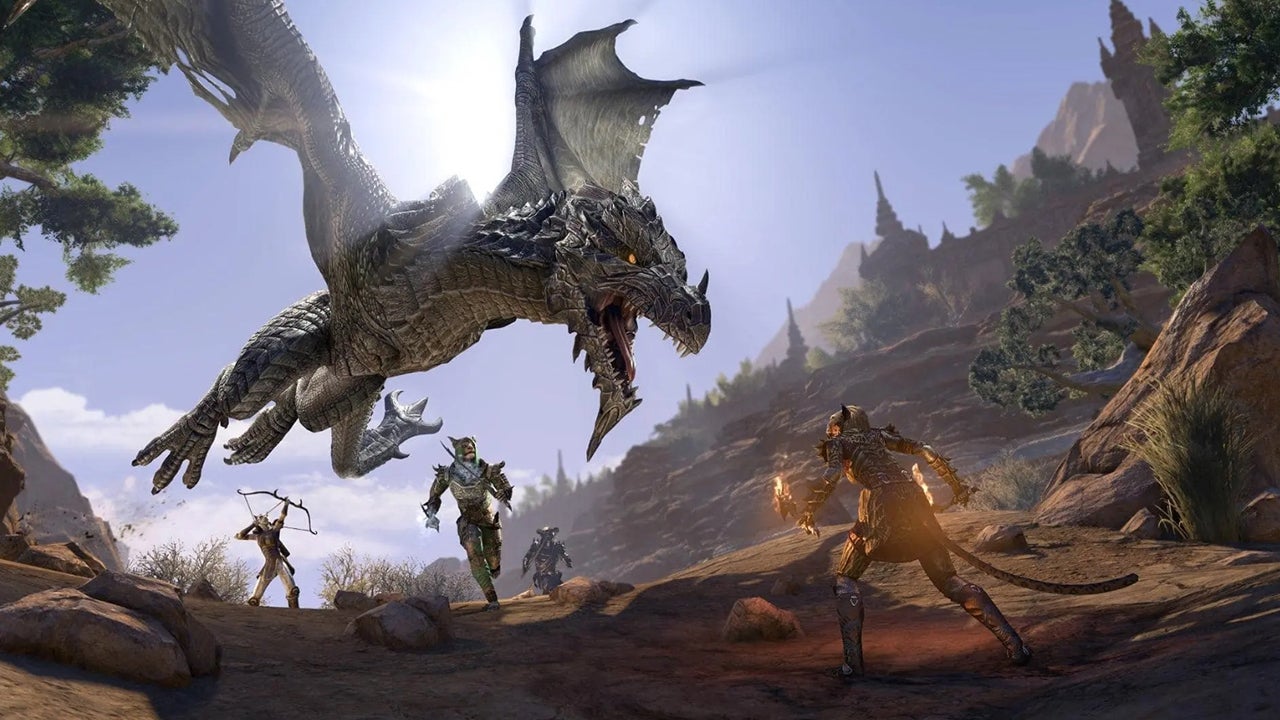 You can't wyrm your way out of this one.

Moreover, I can start any questline I want and make sense of the largely contained narrative without having to read/play through years of dense TES lore. As interconnected as everything is, the game’s larger stories work well enough on their own, and I never feel like I’m missing a specific minor DLC to understand the latest big expansion.

The best thing about all of this is that the overall experience for hardcore players hasn’t suffered because of TESO’s love for its casual crowd. Its endgame has plenty to bite on, characters can keep growing for almost forever, and its massive PvP can be enjoyed as the sweatiest online conflict around if you want. Some restrictions apply, of course, but there has to be some kind of reward for people who put hundreds of hours into the same game, right?

For now, I’ll eagerly await the High Isle expansion pack – out in June – while buying new furniture for my cozy manor in Skyrim’s countryside that no one ever visits and playing through a main questline that dropped almost two years ago. And who knows, I might roll a new character on the side. I’ll catch up with y’all… eventually.