India's $10B USD investment in chip manufacturing has Intel's attention 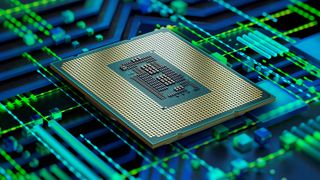 In the midst of the semiconductor chip shortage, it’s not just companies, but also countries fighting to ramp up silicon production. Earlier this month, India’s Cabinet approved an incentive scheme for semiconductor development.

The move will include setting up over 20 manufacturing units over 6 years, and will work to incentivise not only large existing companies but also startups looking to design and make semiconductors. Eligible companies can receive up to 50% of their set up and running costs for new fabs in India. The whopping Rs 76,000 crore (About $10 Billion USD) incentive scheme also includes plans to train semiconductor engineers, so it’s clear the country is serious about ramping up chip production.

These incentives already seem to be working for India, catching the eye of Intel’s president of Foundry Services, Randhir Thakur on Twitter (via Techdator). Thakur praised the incentives in a tweet that was then retweeted by the Indian Government Minister, Ashwini Vaishnaw, welcoming Intel to India.

Intel was previously seeking to expand chip production in China. However, it was discouraged by the United States, which currently has its own federal assistance program in place that should see $52 Billion USD invested into the manufacturing and development of chips in the USA. Hopefully it won’t have any security concerns over chip production in India or we could see similar backlash if, or more likely when, Intel does officially get involved.

The chip shortage is still a huge problem when it comes to manufacturing a wide range of tech, and Intel, TSMC, and IBM all agree that the chip shortage probably won’t be ending any time soon. Many don’t see it ending until at least sometime in 2023, so it’s going to be another long year for PC Gamers looking to upgrade. But with all the effort going into ramping up production, it’s also likely we could see this shortage turn into oversupply. We could be buying literal bags of chips by 2024.