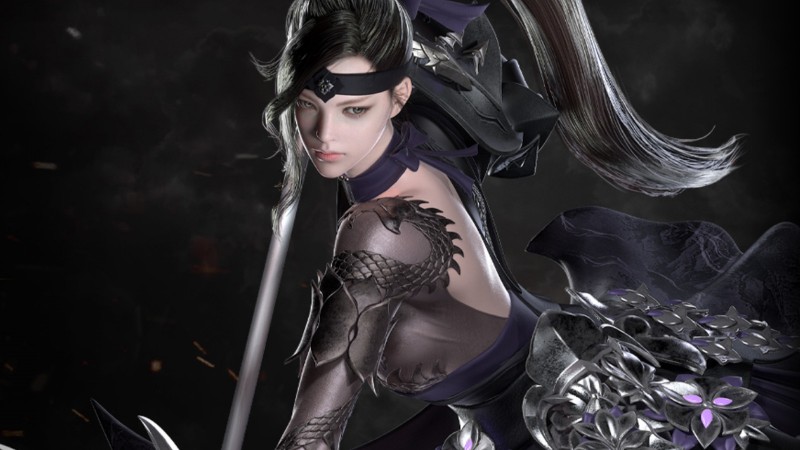 Lost Ark has a handful of subclasses that didn't make it over from the Korean version game to the Amazon Games' localized edition that was released in February. Thanks to a tweet from the Lost Ark team, we may be able to play one of those subclasses in the game very soon.

The tweet, which you can see above, only contains a GIF of a rotating bladed polearm that indicates and a date emblazoned below it of April 21 indicates the Gaivalier is set to arrive in an update next week. Also known as the Lance Master in the Korean Lost Ark, the Glaivier is a Martial Artist subclass that specializes in using spears and glaives, poking enemies with dangerous sharp objects from a safe distance. She can use her special class ability to switch between stances while fighting.

The Glaivier already has a page on the official Lost Ark site that gives a brief description of its playstyle and shows shows off some of the skills you'll be utilizing on the battlefield. Here's Lost Ark's description of the new subclass:

"The Glaivier has two distinct skill sets, each one is represented by one of her weapons, the spear and the glaive. The best way to leverage her eloquent, yet deadly form of martial arts is to find balance between her two stances."

If the April 21 date is truly the release of the Glaivier, we'll be swinging big deadly polearms in all kinds of badass ways in a week's time. If you're new to Lost Ark, its an isometric online action/RPG that you can download and play for free on Steam. I gave the game an 8.25 out of 10 in my review which you can read here. If you're a fan of games like Diablo, or want to try an MMO that's easy to get into, Lost Ark is a great game to check out.