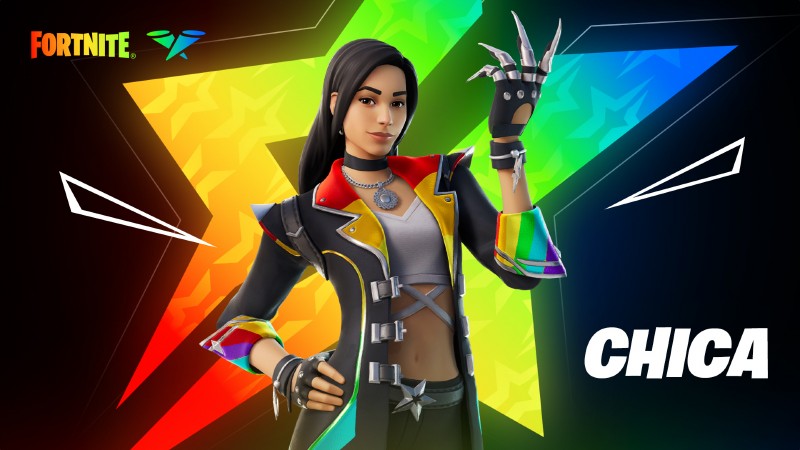 Epic Games has announced the next person to join its Fortnite Icon Series, which already includes community creators like Ninja and Loserfruit, and it’s Maria “Chica” Lopez.

“I take a lot of pride in being not only a content creator, but also in my identity as a Puerto Rican woman in the LGBTQIA+ community,” she writes in a press release. “I wanted my Set in Fortnite to be true to who I am. I’ve been able to build such an awesome community within the Fortnite family, and I can’t wait to share my Set with everyone. I’m thrilled to be the first Latina to join the Icon Series.”

As for what to expect from her Icon Series, Epic Games has shared the following:

“To celebrate Chica’s Icon Series arrival, unlock the Pollito Spray just by watching your favorite Fortnite streamers,” Epic Games writes in a press release. “All viewers who watch one hour cumulative of Fortnite on Twitch from May 6 at 10 a.m. E.T. to May 8 at 10 p.m. E.T. will unlock the Spray. Make sure your Epic and Twitch accounts are linked to claim this Twitch drop.”

While waiting for Lopez to hit the game, read about how Fortnite is celebrating Star Wars for the next two weeks and then take a look at Street Fighter’s Blanka and Sakura, which are now in the game. After that, catch up on rapper Emicida’s Fortnite Soundwave Series show.

Are you excited for Maria “Chica” Lopez to hit Fortnite this weekend? Let us know in the comments below!