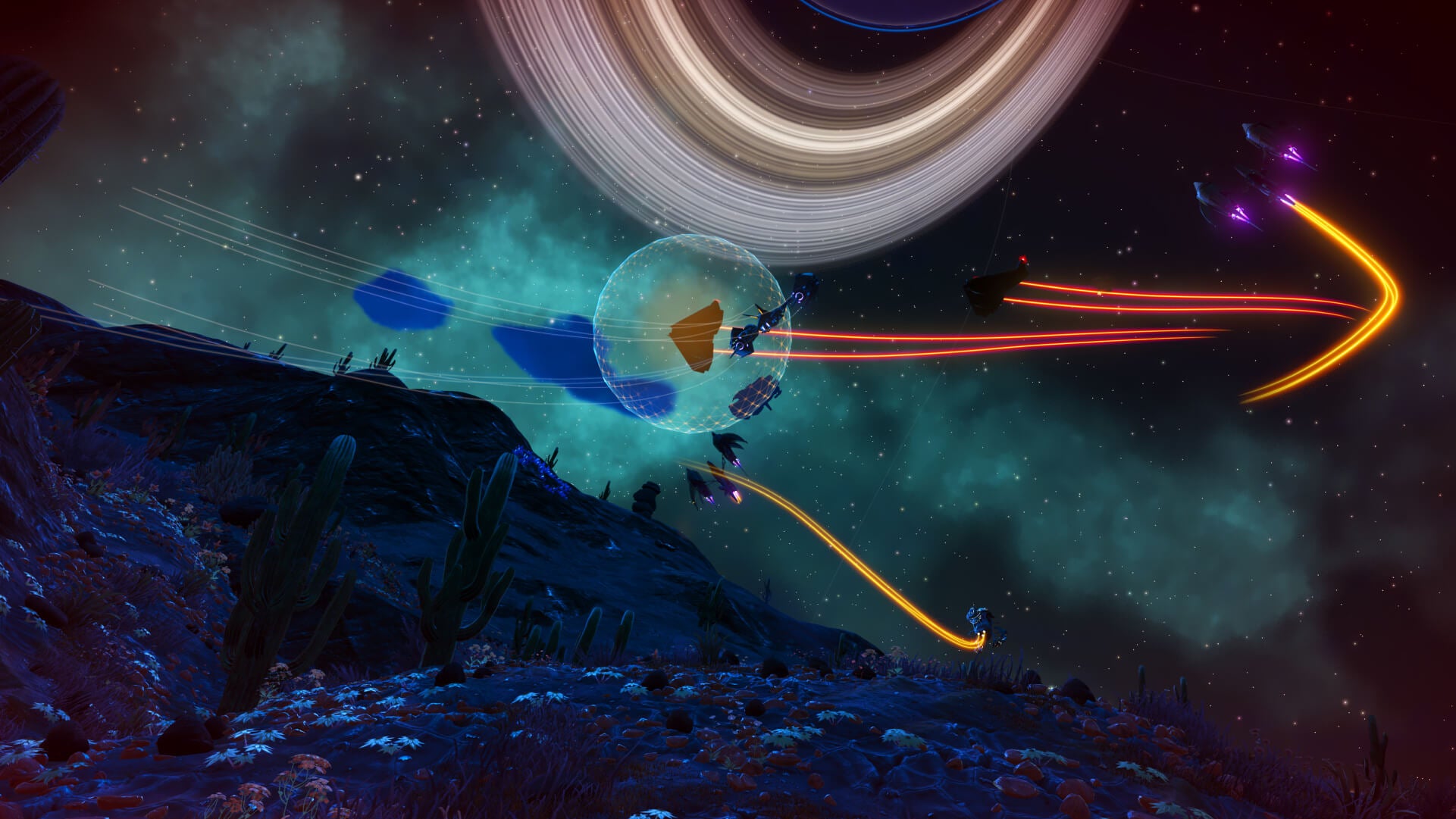 No Man's Sky has a new update available called Outlaws, and in it, space pirates have started a campaign of colonization throughout the galaxies.

While pirates have been around for ages in the game, they have been mostly quiet. But that's all in the past as now they are using space stations as their base for occupying the surrounding system and conducting their smuggling enterprises. You can choose whether to confront them in dynamic space combat, or become an ally by joining in their smuggling activities.

Should you choose to battle the space pirates, you can recruit a squadron of pilots, who will warp in and join you as needed. A group can be formed by recruiting wingmen out in the galaxy, or by upgrading your crew to an elite unit.

Word across the glaxy has it that the pirates have a new sail-equipped starships in the Solar class. This highly-varied new ship comes with unique technology and is most commonly found in pirate-occupied systems. You will be able to find your own version and doing so won't result in losing any of your existing vessels. This is because the maximum number of ships has been increased from six to nine. All ships now also come with a specialist high-capacity cargo inventory should you decide to side with the pirates and smuggle goods.

The update also features Expedition Six: The Blighted. Here, you will go on a treasure hunt across a distant galaxy to trace the routes of these mysterious pirates. The Blighted expedition offers the chance to earn an exclusive starship trail; pirate-themed base decorations; your own personal wayward cube/Geoff; a unique cape customization, and much more.

Alongside the new content and rebalanced space combat, the update contains improvements to visual effects, some optimizations, and bug fixes.

You can look over the entire No Man's Sky patch notes and find out more on the Outlaws update at the link.