PC Gamer Hardware Awards: What is the best gaming headset of 2021? 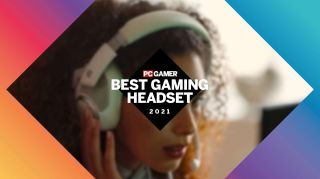 Quality audio is an underrated commodity in PC gaming, yet it's so fundamental to a great gaming experience. Take Hunt: Showdown, for example, probably the most competitive game I play. If you don't have your audio game turned up to 11, you'll probably miss an all-important audio cue and by blasted to smithereens before long. It's pretty cutthroat like that, and all the more reason to get yourself a pair of quality cans.

The three gaming headsets released this year that we deem worthy of your setup are listed below, as these are the headsets that rose to the top in our testing. Each one brings something to the table—be that bang for your buck, useful features, or simply excellent sound quality. Each one is comfortable enough to wear for an extended gaming session, as that's something we just can't compromise on.

But only one can be named champion and take home the coveted PC Gamer Hardware Award. Here are the three best gaming headset nominees in all their glory.

Those are the three nominees, and the best, as decided by PC Gamer's editors, will be decided on New Year's Day. Stay tuned for that.