2021's biggest game launches and why people were mad about them 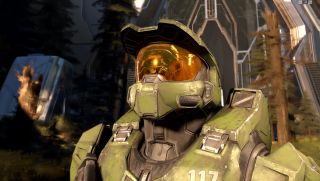 What pisses off PC gamers changes year to year. If you'd run a poll in 2017, loot boxes probably would've been the biggest gripe. Fury over Epic Games Store exclusives dominated 2019's discourse. For a while, the idea that multiplayer was being jammed into every game was a leading grievance.

So, what were PC gamers mad about in 2021? It wasn't loot boxes. They're still around in a few places, like Overwatch, but you don't find them in new games very often anymore—the threat of legislation turned most of the industry off them. It isn't the Epic Games Store, either. There's some residual anger over Tim Sweeney's gambit, but it's hardly what it used to be.

An examination of some of the biggest games of the year and the reasons people were mad about them suggests that 2021 was an incubation year in terms of the development of new things to be mad about. There were too many changes to Battlefield, a grievance as sure as flowers in the springtime, and MMO servers failed to keep up with demand like always, and shocking nobody, there were performance issues in a new Arkane game.

New storms are on the horizon. Being better than loot boxes isn't enough for battle passes anymore, as the reaction to Halo Infinite illustrates. And at the end of 2021, we started to see NFTs appearing in and around mainstream games, and people sure are mad about that. It only took a day for the studio behind Stalker 2 to announce and then cancel a promotional NFT auction .

Why were people mad? Why weren't people mad at Battlefield 2042? The primary irritant was the modernized class system, which introduces specialist characters who have distinct gadgets and abilities. 'Everything is a character shooter now' has become an old gripe at this point, but that was just one of many complaints. Other grievances included criticism of the maps (they're bigger, but more barren), objections to UI choices, the absence of a singleplayer campaign, and disappointment over the exclusion of features from Battlefield 5 and Battlefield 1. Bugs, performance issues, and some odd balance choices (assault rifles were useless at launch) also contributed to what was an absolutely scorching reception.

Are they still mad? Yeah, although things have calmed down. It helps that DICE has released a few patches that have significantly increased the accuracy of Battlefield 2042's guns, which were tuned to "small child attempting to control a fire hose" at the start. They've also fixed some of the most glaring UI issues and resolved a lot of bugs. You can find highlight videos on the subreddit now, rather than only polemics.

What's next? DICE isn't going to strip out specialists. They're instrumental to the seasonal update plan, which will introduce four new specialists in 2022. The studio may bring back the old-style scoreboard—DICE is thinking about some of the "legacy features" that have been asked for—but I wouldn't expect a big redesign that makes Battlefield 2042 more like Battlefield 5.2. It'll stay a fundamentally different game than the previous Battlefields, and I'm happy for it to do so... because I liked it from the start. And after some more updates, it's possible that public opinion will start to turn around. It did for Battlefield 5 and a lot of other Battlefields . For those who miss singleplayer campaigns, a new Seattle studio is working on "expanding the narrative, storytelling, and character development opportunities in the Battlefield series." —Tyler Wilde, Executive Editor

Why were people mad? Halo's developers surprised and delighted fans by releasing the free-to-play multiplayer mode weeks ahead of the campaign. Everyone was blissfully happy for about 24 hours before the problems with Infinite's battle pass started to sink in. Everything about Infinite's multiplayer progression seemed to be designed in conflict. The only way to progress through the ranks is completing challenges, which were often mode- or weapon-specific, and at launch, Infinite's limited playlists made it very difficult to play the mode you needed. People who cared about the cosmetics were pissed, and people who didn't care about the cosmetics were pissed because people who cared about the cosmetics were playing to complete challenges instead of playing to win. On top of that, the unlocks are all pretty lackluster, and the F2P model takes away much of the basic customization that's been possible in every prior Halo game.

Are they still mad? Kinda! Halo Infinite's devs have moved fairly quickly, first introducing some challenges that award XP just for completing matches, then taking the bigger step to add more playlists (including the extremely obvious Team Slayer). Those have all been welcome changes, and Infinite is firmly into the nitpick phase now. Expect months of critique over netcode and hit registration and the limited map pool and other ways Infinite falls short outside the gunplay, which really is fantastic.

What's next? Infinite has a long life ahead of it as the "platform" for the future of Halo, but it's going to be slow going the next few months. The second season doesn't start until May, which is the soonest we're likely to see a major rework of the progression system. Leaks have indicated that there are quite a few new Halo Infinite multiplayer maps in our future. They will hopefully start to trickle out before May. Co-op should arrive with season 2, while the multiplayer Forge mode won't come until season 3. Meanwhile, I'll be patiently waiting for Infinite to add the most important multiplayer mode: Rocket Race. —Wes Fenlon, Senior Editor

Why were people mad? Much like Dishonored 2, some PC players experienced stuttering and other performance issues at launch. This, combined with the game's use of Denuvo, resulted in plenty of complaints. Beyond this, a few intrinsic game features also rubbed people the wrong way, most notably the way the campaign helps you figure out how to solve its mystery—leading to complaints of handholding—and the nature of its ending.

Are they still mad? Maybe! A couple of forum threads and the game's improving Steam review rating suggests that the performance issues are likely fixed. Ultimately, the campaign hasn't changed. If you didn't like it then, you still won't now.

What's next? It's unclear. I doubt we'll get any major patches for Deathloop in its current form, but Arkane released DLC chapters for both Dishonored and Prey, and it could well do the same here. Arkane's Ausin studio, meanwhile, is working on Redfall—a co-op FPS featuring vampires. —Phil Savage, UK Editor-in-Chief

Why were people mad? Massive queue times have had their grip on Final Fantasy 14: Endwalker since the expansion’s release in early December. The MMO already saw a huge influx of players over the summer, and now that a new storyline and classes have dropped, even more people have been trying to get in. On top of this, Square Enix has halted sales of the game to try to ease the chaos, which means anyone who was late on getting in has to wait until it decides to sell the game again.

Are they still mad? They’re frustrated, for sure. There’s a lot of new stuff to do in Final Fantasy 14: Endwalker, and being stuck staring at a queue time sucks. The lengths of the queues have waned a bit, but not significantly enough to let you log in and play without waiting for at least 20 minutes. Some of the anger has died down as people have gotten more play time in, but it’s still a roadblock for many.

What's next? Square Enix has fixed some bugs that cause login and queue errors, but it has also noted that for the majority of people, the errors are caused by poor internet connections or the servers being overloaded. Additional servers are coming, but there’s no ETA. The global semiconductor shortage and Covid-19 have disrupted Square Enix’s capability to meet the demand, so for now, we have to wait. —Tyler Colp, Associate Editor

Why were people mad? Ahead of launch, Io Interactive planned for owners of Hitman and Hitman 2 to be able to import their levels and progress into Hitman 3. Just prior, it announced that because Hitman 2 isn't sold on the Epic Games Store, where Hitman 3 is a timed exclusive on PC, players would have to purchase an access pack separately. That wasn't well-received, understandably. Epic Games CEO Tim Sweeny jumped into the mix , promising "the team is looking into this with Io." Shortly after, Io announced that Hitman 2 levels would be importable without an additional purchase, but that the import process wouldn't be available immediately at launch. Importing Hitman 1 and 2 progress from Steam became available a month later in February through a three-step process on a dedicated website .

Are they still mad? People remain miffed, probably. The issue has been solved, so there's little to remain actively mad about. It certainly hasn't won Epic any favor with players who dislike its exclusive-games strategy.

What's next? Hitman 3's exclusivity to the Epic Games Store will end after 12 months, meaning it will probably launch on Steam in January 2022, and everyone who didn't want to deal with this importing snafu will likely have their patience rewarded. —Lauren Morton, Associate Editor

Why were people mad? MMOs are gonna be MMOs: It was the servers that caused the biggest launch kerfuffle. At first, there just weren't enough of them, but when Amazon added more, the problem became that people really wanted to join certain specific servers with their friends or where popular guilds and streamers were playing. There were hours-long queues, and Amazon promised free character transfers to try to convince players to get started on one of the emptier servers. A couple of months later, New World faced the opposite problem: Some servers became ghost towns, and Amazon had to begin merging them.

Are they still mad? Now that the launch rush has subsided, the server situation has stabilized. There are arguments about whether or not the game needs mounts, as well as complaints about bugs and exploits and the endgame, but that's pretty typical background discontent for any live service game.

What's next? Contentment doesn't last long in MMOs. Patches and expansions forever, or until it shuts down. —Tyler Wilde, Executive Editor

Why were people mad? Warzone's new Caldera map launched in a rough state. Across all platforms, many players are experiencing disruptive texture pop-in, invisible guns, and wonky level-of-detail rendering as they move through the map. Apparently, matters are worse for the Xbox Series S and last-gen versions. There's also the issue of washed out colors across the entire Caldera map that doesn't match the colorful screenshots shared before its release.

Are they still mad? For sure. Caldera has been out for a few weeks now, and while Raven has been quick to deploy patches that fixed bugs and balancing, reception to Caldera itself has been middling, and some of the worst issues reported persist.

What's next? We wait. Presumably, Raven Software will eventually get Caldera's issues sorted out in time (though it may take longer for Xbox players). The bigger question is, after a lackluster year of Warzone's Cold War updates, will a year of Vanguard-themed stuff be any better? —Morgan Park, Staff Writer

Why were people mad? There was no singleplayer mode with progression at launch! If you wanted to play alone, you had to do it with a separate set of decks with everything already unlocked, which kills some of the fun.

Are they still mad? Back 4 Blood's latest update added an offline campaign mode, so we all should be well now.

Tyler has spent over 1,200 hours playing Rocket League, and slightly fewer nitpicking the PC Gamer style guide. His primary news beat is game stores: Steam, Epic, and whatever launcher squeezes into our taskbars next.