Diablo Immortal Review – The Price Of Playing With The Devil 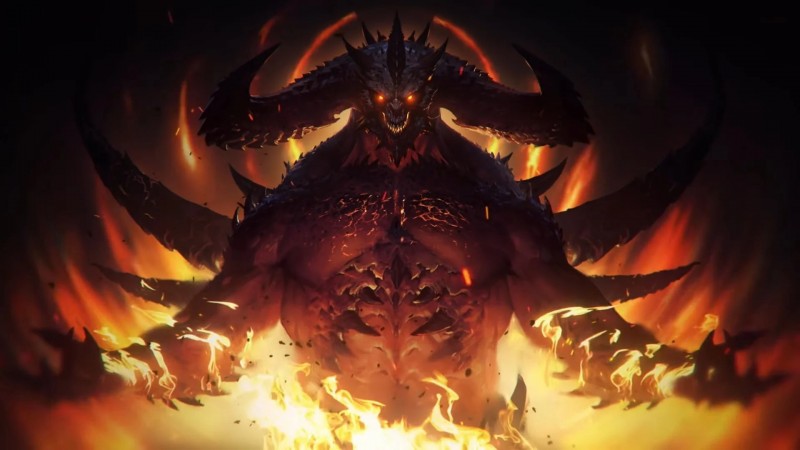 My fingers would ache for hours after playing Diablo Immortal; my hands haven’t spent this much time curled around my phone this way in years. Despite the pain my aging hands suffered during my first few days with Immortal, it was worth it for the fun I had. The series’ core action/RPG smash and loot gameplay makes the transition wonderfully to mobile thanks to responsive controls designed for portable play and adherence to the sights and sounds of the franchise. With this mobile facelift comes a free-to-play model most can avoid spending money on, but some specific parts of its monetization model blemish this game. This is disappointing, as the game offers an otherwise strong experience.

Immortal feels like a modern Diablo game thematically and aesthetically, and it often reminds me of a great mobile version of Diablo 3. Choosing between the six available classes – Barbarian, Wizard, Demon Hunter, Necromancer, Crusader, or Monk – you soon search for the shards of the shattered Worldstone, a vital relic from previous games. Despite Immortal taking place in the 20 years between the events of Diablo 2 and Diablo 3, the narrative is surprisingly ripe with gripping lore. A demon named Skarn aims to fill the power vacuum left after Diablo and Baal fell, causing more chaos for the never-peaceful plane of Sanctuary. Classic characters like Deckard Caine return, while new faces such as Jin and Rayek expand the established Diablo narrative in ways I appreciate.

Playing Diablo Immortal is a treat; the intuitive and responsive touch controls are some of the best I’ve used in a mobile game, save for some minor hiccups. Skills can be performed by touching the vicinity of a virtual button and aiming with the swipe of my thumb. Launching a fireball or dashing your character into a demonic horde this way feels great. Still, there is room for improvement in hit detection for some ranged attacks that miss when they appear on target, causing some frustrating moments in the heat of battle.

Adventuring around the zones of Sanctuary reveal other players duking it out with monsters, accentuating that Immortal is an MMO by nature. While this design choice sacrifices the world map’s traditional random generation, I grew fond of how alive each zone feels with real people populating the area. Immortal features plenty of ways to group up with others. That includes 8-player Warbands for tight-knit squads alongside larger 100-player Clans that can show their allegiance to the PvP factions known as the Immortals and Shadows. I love getting a group together to run a bespoke four-player dungeon or even team up with someone on the fly to clear out the area’s bounties and knock off a few quests on the Battle Pass.

As a free-to-play game, Diablo Immortal has a handful of monetization options. In my experience, you can play just about every aspect of the game without paying a dime, and I appreciate that being the case. A premium battle pass (paired with a free reward track) and cosmetics for sale in the shop are among the less intrusive expenditures, implemented in a way that doesn’t feel exploitative. What is concerning, however, is certain items are extremely limited for free-to-play players but available for a real-money fee. These crests provide legendary gems with variable star ranks and stats that benefit endgame progression greatly. Not only is this special crest extremely hard to get for the non-paying players, but the odds of a high-quality gem dropping even when you’re spending plenty of cash makes this part of the free-to-play system disgusting. Considering how I’m delighted with most other aspects of Diablo Immortal, the monetization systems currently in place are deeply disappointing and truly sully what is otherwise a great experience.

I was looking for a substantial Diablo experience to play on my phone with Immortal, and it often reaches that bar. While I don’t see myself going deep into the endgame unless Blizzard resolves the issues with legendary gems, I still plan to spend hours in Diablo Immortal, leveling a character in every class and playing until my hands ache.