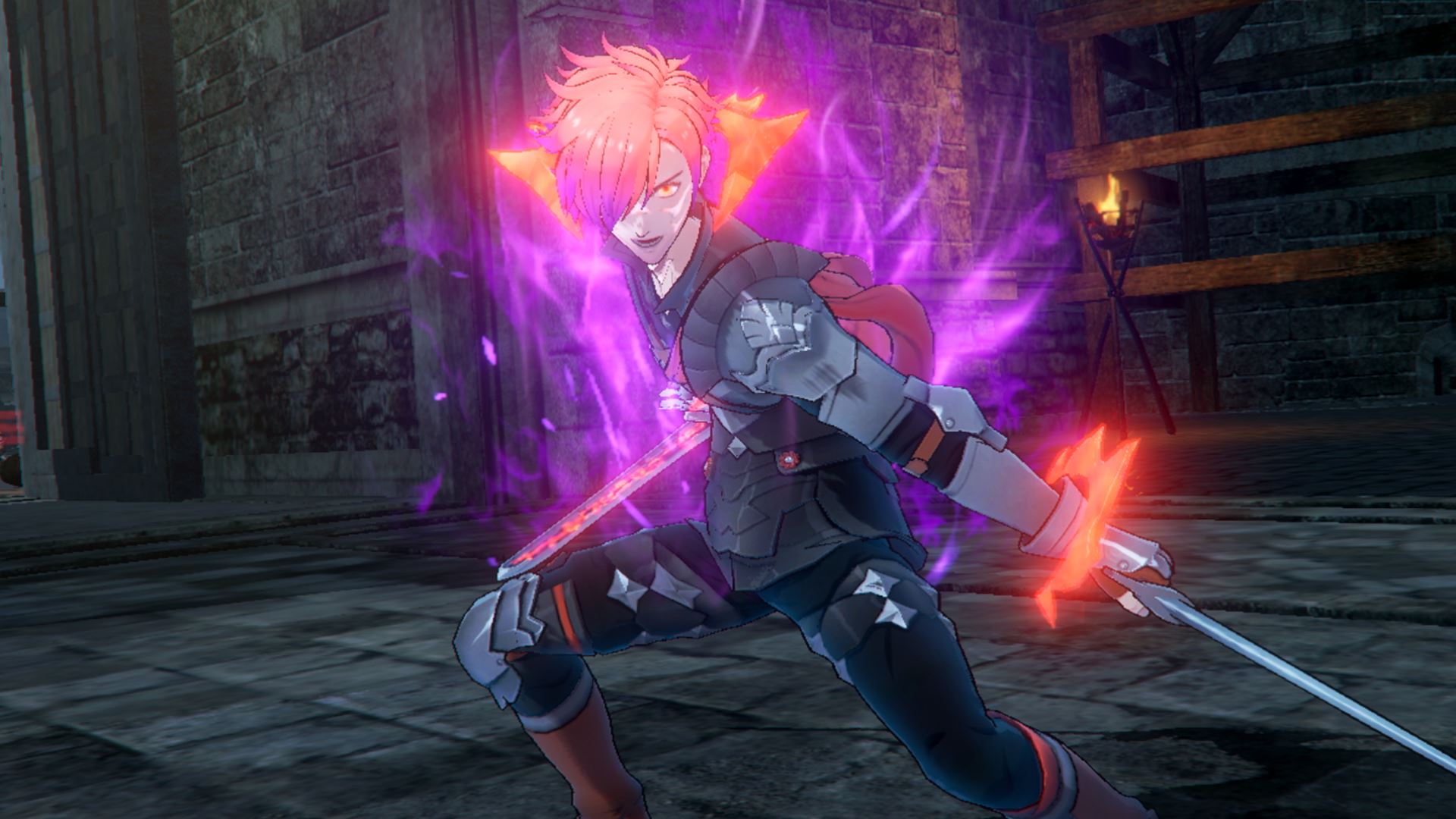 Take on the role of a lone mercenary on a quest for answers.

In the demo, you guide a mercenary who was "meant to fade from the pages of history" after suffering a brutal defeat at the hands of the mysterious Ashen Demon.

Join Edelgard, Dimitri, Claude, and other Fire Emblem: Three Houses characters and lead these intrepid companions in real-time battles that blend the strategy of the Fire Emblem series with Warriors-style gameplay.

Using tactical know-how to gain an upper hand, you can use various combos and special abilities against hordes of enemies from the beginning of the game through the first three chapters. The demo will also support local two-player co-op, and you can carry your progress over to the full game upon release.

In Three Hopes, the protagonist finds themself wrapped up in a conflict that will determine the future of Fodlan. In the game, you will align yourself with one of three leaders and build an army to fight in multiple large-scale battles. The house you choose will determine which story you play through, and each will have a different outcome.

The full game releases on June 24.

If you want to find out more on the game, be sure to give Alex's preview of Fire Emblem Warriors: Three Hopes a read. He seems rather impressed with it.