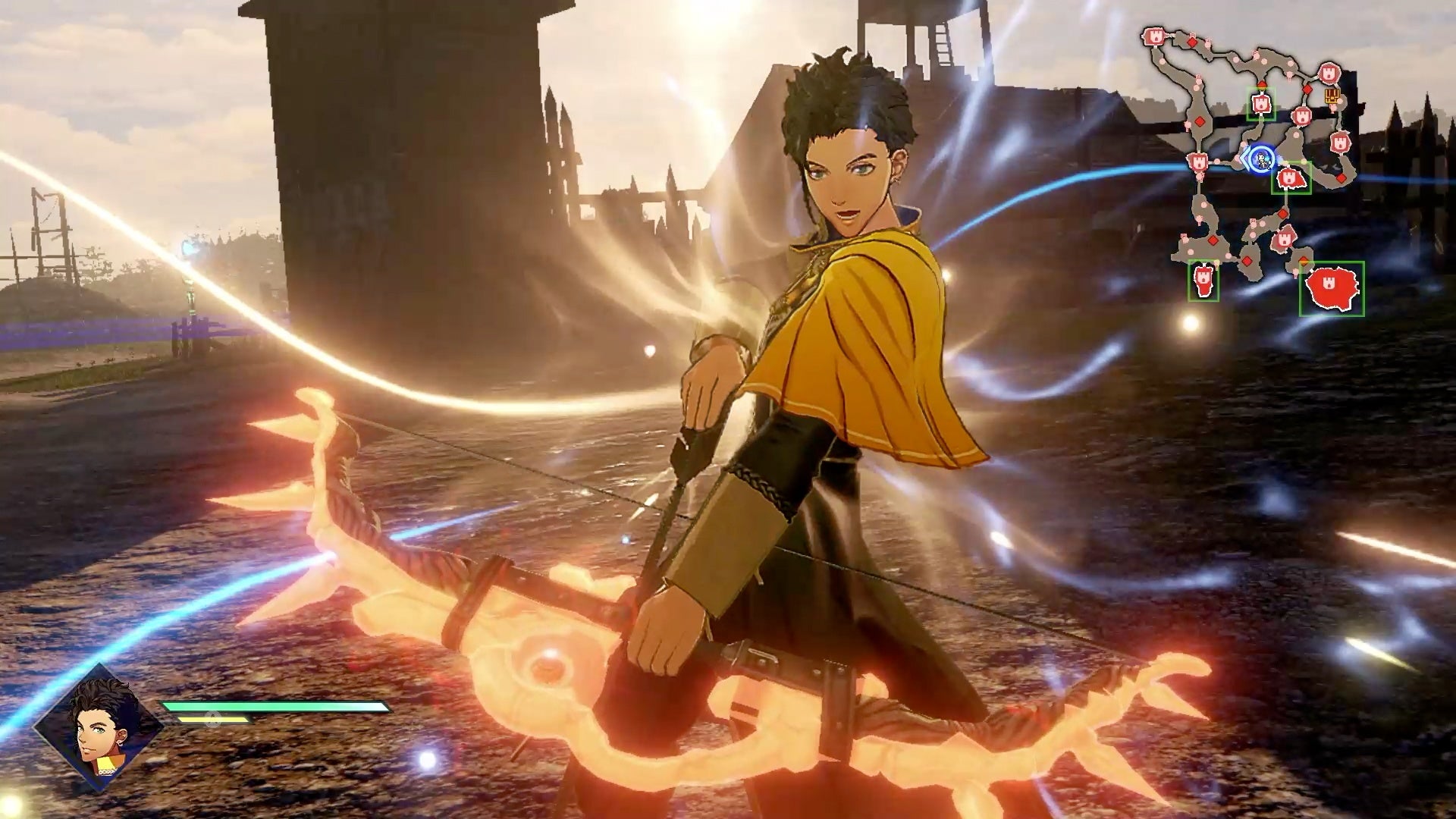 Solid technical performance and brilliant use of the Three Houses setting make this possibly the best Nintendo hack-and-slash yet.

If I’m being completely honest, I was ever so slightly disappointed when Fire Emblem Warriors: Three Hopes was revealed in the most recent Nintendo Direct. Don’t get me wrong - I was all for another Musou/Dynasty Warriors styled hack-and-slash Fire Emblem spin-off - but what I really want is the next game in the series, Fire Emblem 18. It’s one of those weird little scenarios where hype for one thing dents enthusiasm for another, completely different thing. That’s where Three Hopes found itself.

In addition to that, I was also a lot less enamored with 2017’s Fire Emblem Warriors than I was with the Zelda equivalent. But, returning to the world of Fire Emblem after 2020’s Hyrule Warriors: Age of Calamity has done the series a world of good - and Three Hopes might be the best Nintendo and Musou mash-up to date. Why? Well, the formula just fits.

Think back a moment. The first Zelda and Fire Emblem Musou games were both nostalgia tours; a neat, fan-service filled trip through the past of a storied franchise. Age of Calamity set a new template, however, revisiting the world of the most recent Zelda game and offering up an alternative timeline retelling some of the same story beats in a very different way. It’s the same energy as Final Fantasy 7 Remake - the idea that it’s far more interesting to subvert expectations and explore different themes with the same core narrative than to reproduce what came before in a different genre.

I enjoyed Age of Calamity well enough, but in that instance I actually preferred the first Hyrule Warriors - I think because the minimalist world of Breath of the Wild meant there weren’t that many iconic characters or scenes for a subversive retelling to play with. In the case of Fire Emblem Warriors, this quandary is reversed. Three Houses stars a rich tapestry of memorable characters with interesting interpersonal relationships - leaving much fertile ground for Three Hopes to play with.

The truth is, I really don’t want to get too into it in this preview - there’s too much to spoil - but take it from me, Three Hopes knows exactly what it’s doing narratively, and it’s damn good at it. Very quickly you’re introduced to familiar characters, and even making some familiar choices. But also, right away, the story is different in intriguing and engaging ways.

For the most part, you’re initially approaching the known, like the academy and the heads of the Three Houses, from a very different direction. Once you meet the houses, the nature of their natural setup feels perfect for a Musou game - as each house has a number of playable characters, each with their own skill set and weapons, which in turn lends itself well to switching between characters in battle to exploit the rock-paper-scissors style strength and weakness system, one of several injected into the game to add a little bit of the Fire Emblem RPG into this hack-and-slash affair.

Familiar voice actors return (though sadly not everything is voiced), character portraits are quietly reused for familiarity, and prior knowledge of Three Houses, while not required, definitely enhances the experience, not least because you’ll inherently understand the personalities of the characters you’re interacting with from minute one. More than anything, within the first couple of chapters of Three Hopes, I was left on the edge of my seat wondering exactly where this version of the story was going to go. 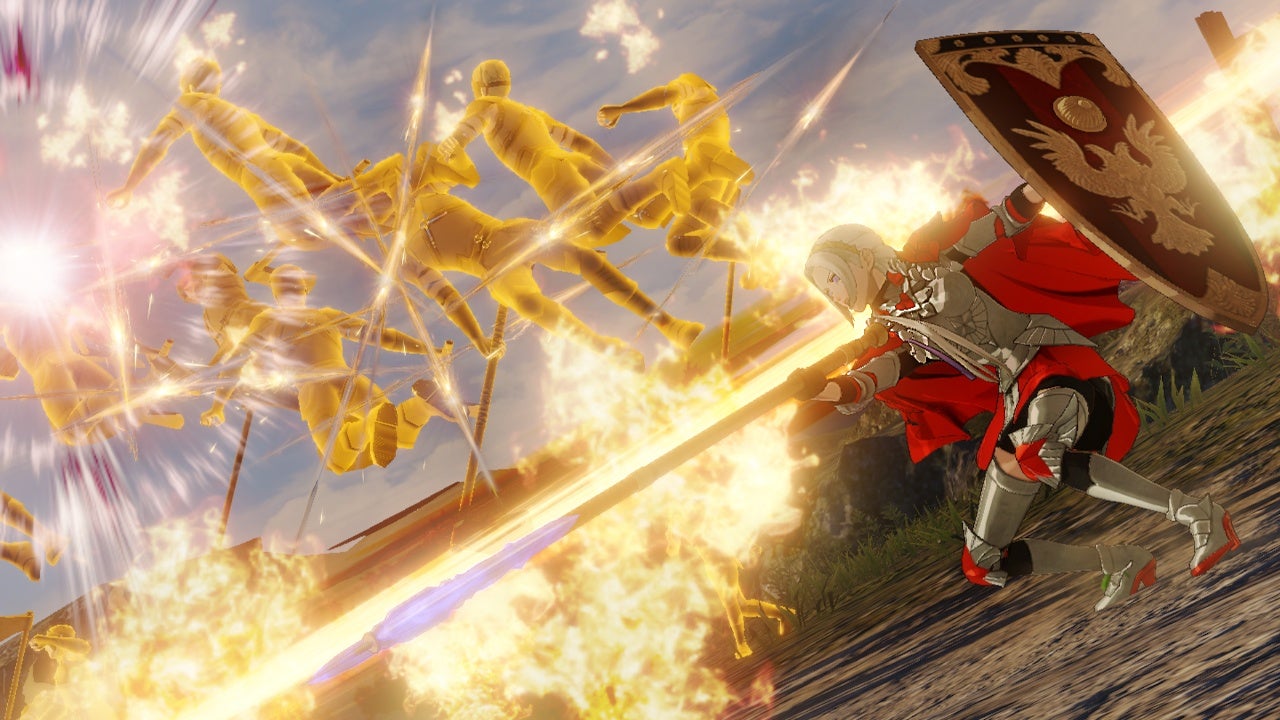 Players of Three Houses know that it explodes into all-out war around halfway through the game, after which point the entire mood of the story changes. The Three Hopes prologue isn’t the most thrilling but is nevertheless blistering in pace, as the developers clearly knew the part of Three Houses they wanted to explore was that second half, with characters and loyalties divided. The rapid prologue gradually coils with tension as it hurtles towards the same inflection point that blew Three Houses wide open, reaching it much earlier on. By the fourth chapter, Three Hopes begins to emulate the original more closely, while also diverging more with every passing chapter. It’s exciting, and plays brilliantly into the strengths of Three Houses. And, for now, that’s all I’m going to say about the narrative.

I do have one more thing to say about Three Hopes, however, and that’s this: this is a Musou game for the Nintendo Switch that… runs alright? It clearly targets 30 frames per second, and for me hits it most of the time, at least when the Switch is docked. The performance is night-and-day with Age of Calamity, which was often such a pig performance-wise I genuinely found parts of that game difficult to get through. By comparison, Three Hopes feels silky smooth.

While I’ve spent a decent amount of time with Fire Emblem Warriors: Three Hopes, it’s still early days. There’s much of the story I haven’t seen, scenarios I’d like to replay, and characters I’d like to get to know better. For now, though, I can happily report that I think this is the most fun I’ve had with a Nintendo Musou since the original Hyrule Warriors - proving that these games really can live or die by how fitting their setting is. In this case, it’s a match made in heaven - and I can’t wait to play more, and report back with a full review in due course.