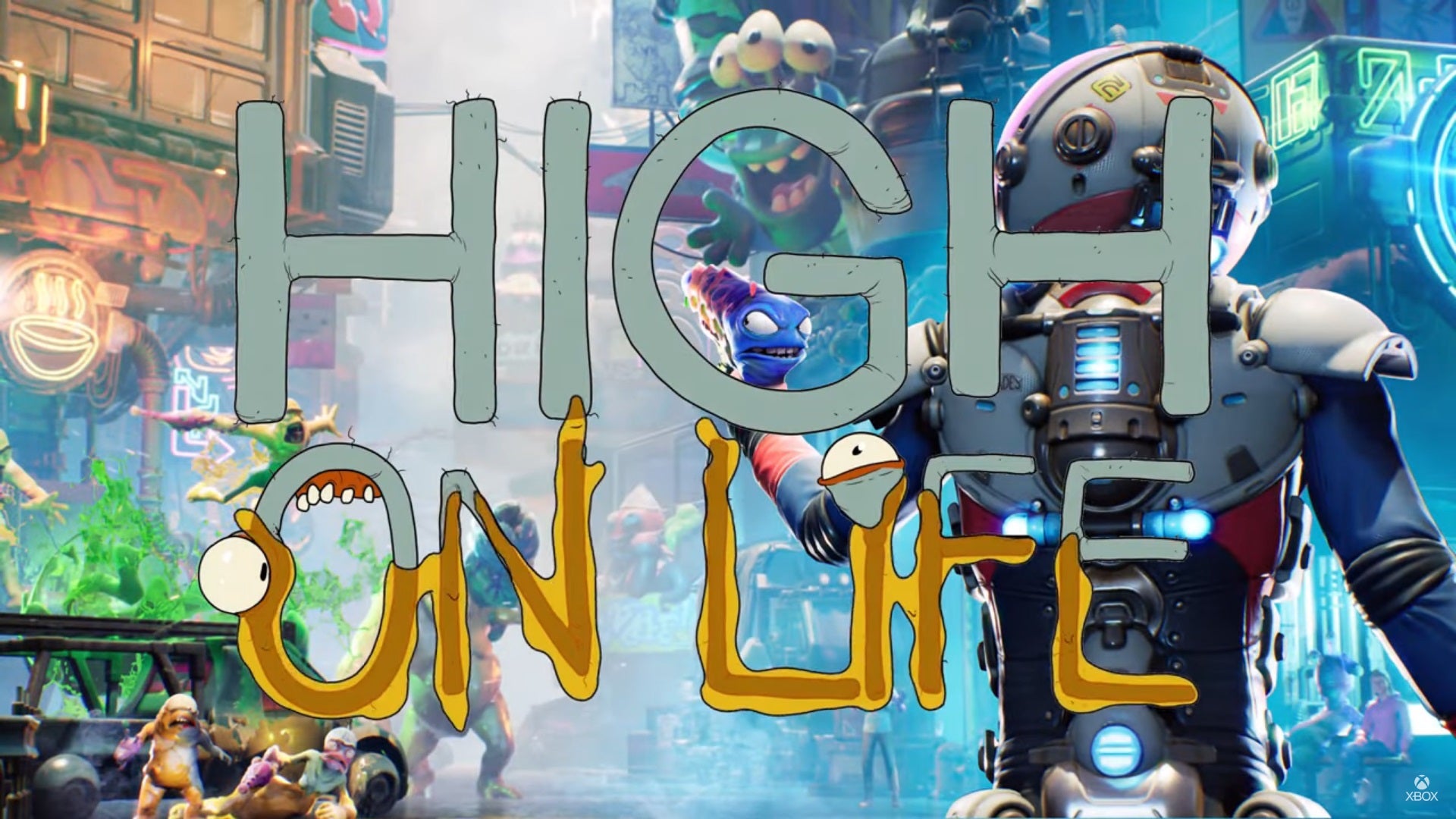 Talking guns, goop, and much-needed humour. Sign us up.

High on Life has been revealed at the 2022 Xbox and Bethesda showcase. It’s a sci-fi FPS from Squanch games where you must go out and take down an alien drug train where humans are the drugs. There are billboards and everything - it looks like it’s a big deal.

To help you stop this alien drug cartel from turning humans into poppers, you’ll need to turn to an arsenal of Gatlians - talking firearms that each come with their unique combat purpose as well as lovable voice and personality.

Check out the wild High on Life trailer here!

One of these voices - the one we hear most in the trailer - comes from the mouth and throat of Justin Roiland! That’s a name that should be immediately recognisable to those who’ve seen any Rick and Morty, as he voices the tragic young lead in a similarly dark comedic space adventure.

We currently have no idea when High on Life is set to release, but we do know it’s coming to Xbox consoles, PC, and Xbox cloud streaming services.