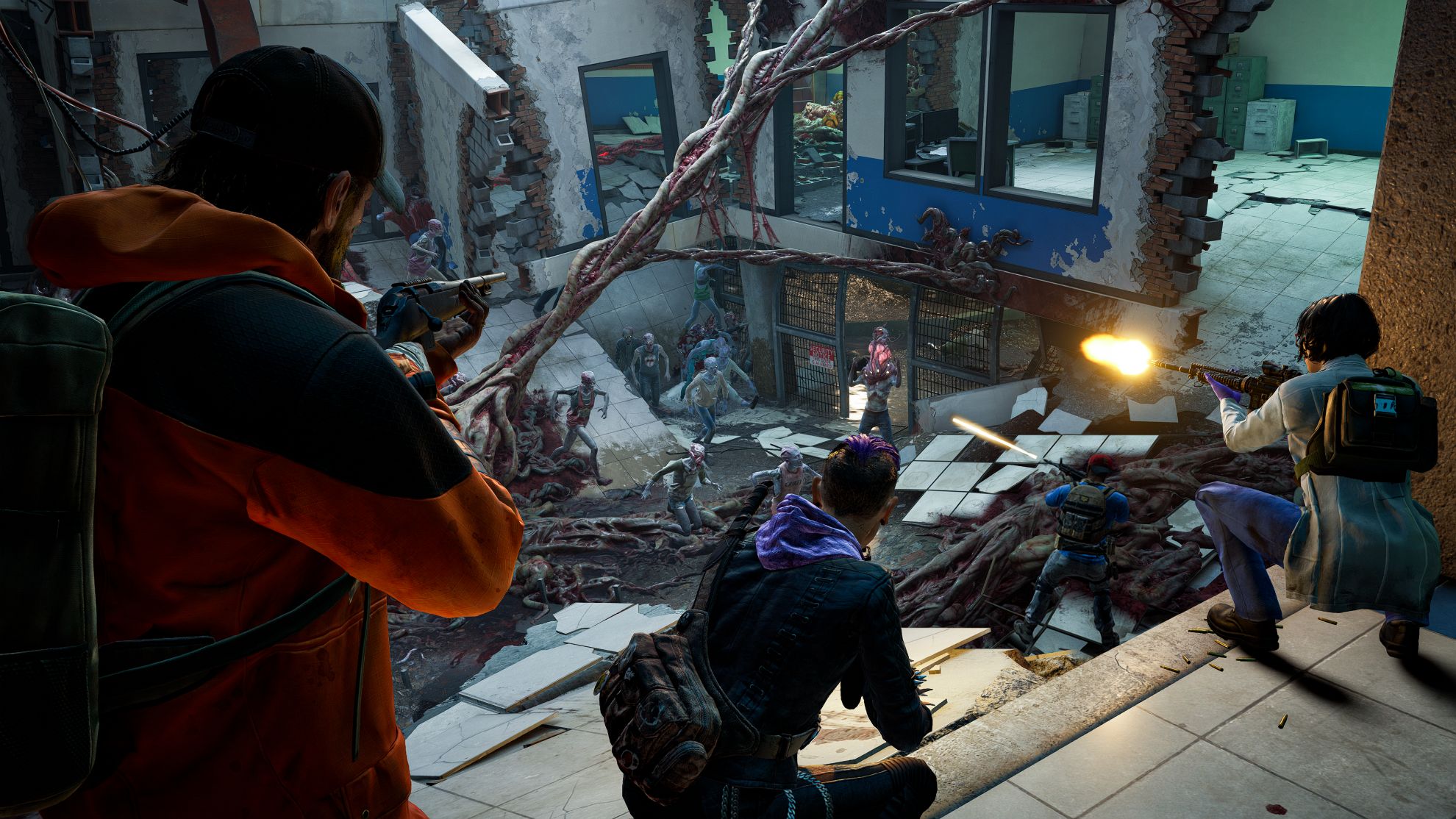 You can now make solo progression while playing Back 4 Blood offline, and enjoy more even difficulties.

Today, Back 4 Blood's last update of the year rolls out across all platforms. This is a major patch, promised back in November, and it comes with a number of player-requested features, as well as an overhaul to the game's difficulties.

The biggest new addition is the official arrival of offline campaign progression, allowing players to play the full campaign - and make progress - without needing an internet connection. This is something many have been asking for since launch.

The patch also introduces a new card type. Called Burn Cards, these can be acquired from the new Roving Merchants Supply Lines (available for a limited time). Burn Cards can be played at every safe room, and they offer temporary effects such as currency bonuses, resistance boosts, and instant healing. You can even expect other normal cards to join the roster.

The patch's other major addition is a complete rebalance of Back 4 Blood's three difficulty levels. When playing on Recruit, you'll notice higher damage resistance, more currency bonuses, heal bonuses, and Trauma heal bonuses for every continue.

Veteran has had its friendly fire damage tweaked. Player base health, damage, and ammo have all been increased, too. You'll also heal Trauma in every safe room by default, and you'll get more currency on continues, and a bigger healing bonus. First aid cabinets now support two free uses, too. Finally, alerting Sleepers will no longer call a horde.

Nightmare has seen most of the changes. Like Veteran, the friendly fire damage has been adjusted. Special Ridden will now deal significantly less damage to players, and so will common Ridden. First aid cabinets now have one free use, and the Trauma penalty from incaps has been cut to five. When being attacked, you will stumble less on Nightmare.

There are even more balance tweaks for Nightmare, including healing, currency, Trauma heal, card draw and ammo bonuses.

Turtle Rock has adjusted the spawn rate of special Ridden overall, and balanced a few of them so they're less frustrating when you run into them. This goes for both the few that spawn in hordes, as well as roaming Ridden you might come across as you explore.

Once the patch goes live, the game's holiday seasonal event will kick off. You'll notice decorations at Fort Hope and the range, not to mention a bunch of new character skins, weapon skins, emblems and sprays to unlock. Head over to the official Back 4 Blood site for the full change log - it's a meaty one!

If you think you're going to get back into the game (or start it for the first time), be sure to check out our very useful Back 4 Blood tips.