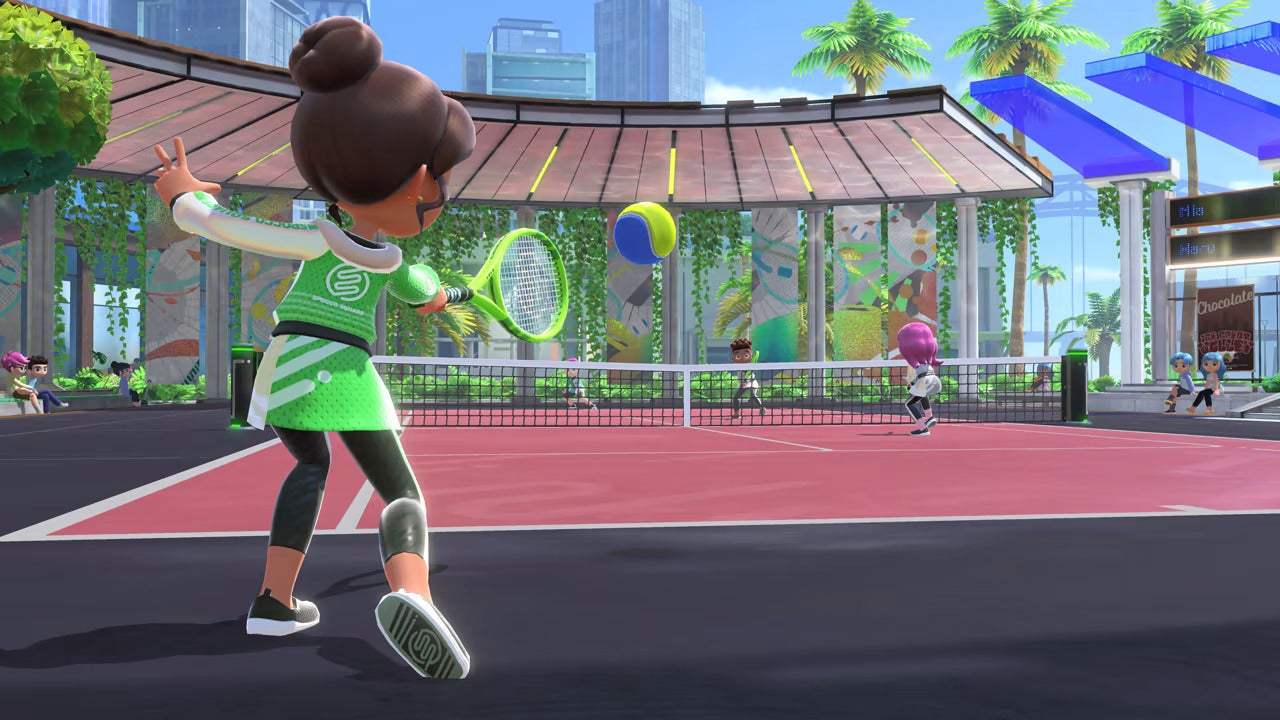 We could've been bowling as robot burgers.

I don't know about you, but I've been having a hell of a time playing Nintendo Switch Sports with friends and online lately. In his review, Alex describes the game as one of the "most fun games of the year", and I have to agree. The only thing Switch Sports is lacking is more sports.

In a recent Ask the Developer, Nintendo spoke about the previous character concepts that they looked into before settling on the more stylised Mii characters, as well as exactly why Switch Sports took so long to come to fruition.

When asked about the new characters introduced in Switch Sports, an evolution of the classic Mii, Junji Morii shared "Even before we decided to make a fresh start again, we had proposed different kinds of character illustrations. In the early stage, we proposed round-shaped characters with no arms or legs, similar to the Mii characters in Wii Sports. We also created college student characters that looked like this with a theme of intercollegiate sports." 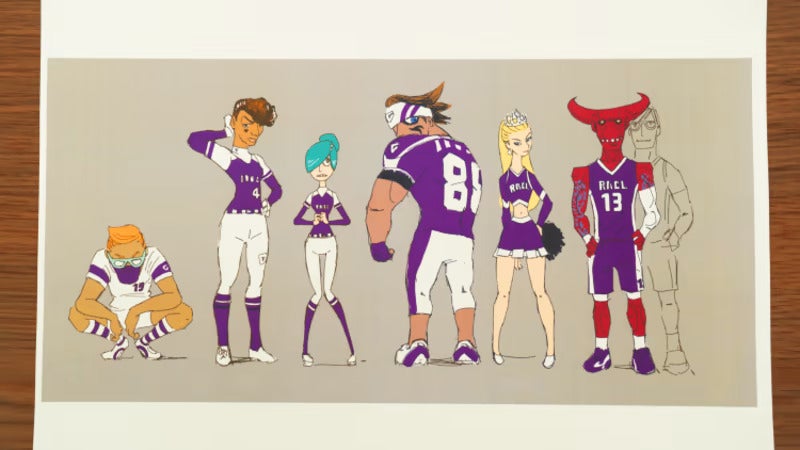 This Switch Sports roster has stepped right out of an American high-school sitcom.

Takayuki Shimamura then adds, "I remember we had the most outlandish characters that looked like robots." These robot characters were certainly... something. Most of them bear too much of a resemblance to Hammond from Overwatch for my liking. Also, these robots are certainly too damn big to be running around playing football or trying to clear out bowling pins. However, there's no denying that it would've been interesting to see Switch Sports introduce these characters. 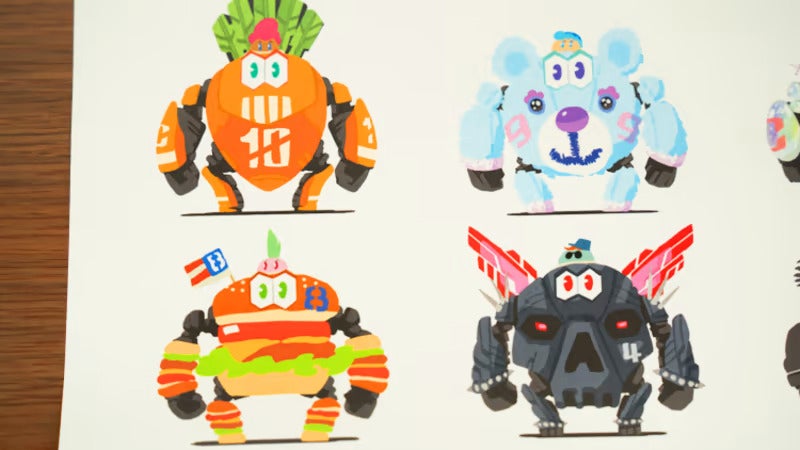 Morii then continues, after the mention of the robots, "The player is inside the robot, but it is the robot that moves when you swing the Joy-Con controller. The robot is the one doing the bowling." When the team put a prototype together, it soon became apparent that it wouldn't work, and they returned to the idea of human characters. Then, Sportmates were formed. 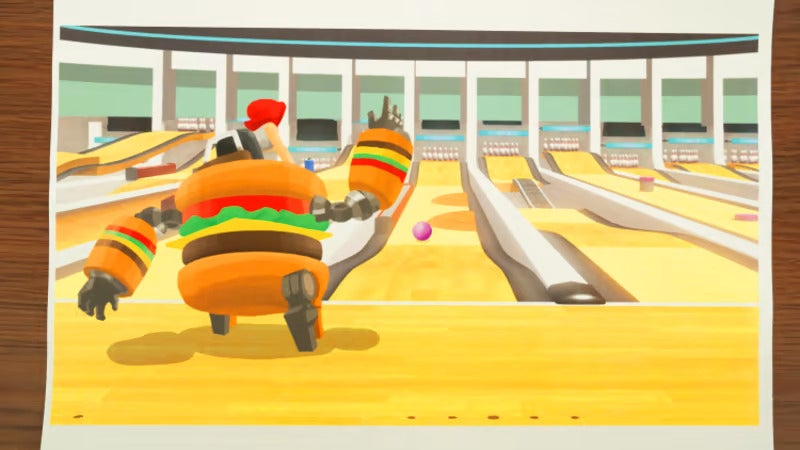 This Switch Sports bowling alley isn't big enough for a bunch of bots.

Now, we have an evolved caricature that we can customise to our hearts content. Oftentimes, bowling can feel like a fashion show now that we have adorable cosmetics to unlock for our sporting efforts.

When asked exactly how long Nintendo were working on the title, Yoshikazu Yamashita shared that "The project started a while after the Nintendo Switch system was released," meaning that development of the game could've started as early as 2017. Yamashita continues "one may wonder why it took so long," and they're right. Why did it take so long? 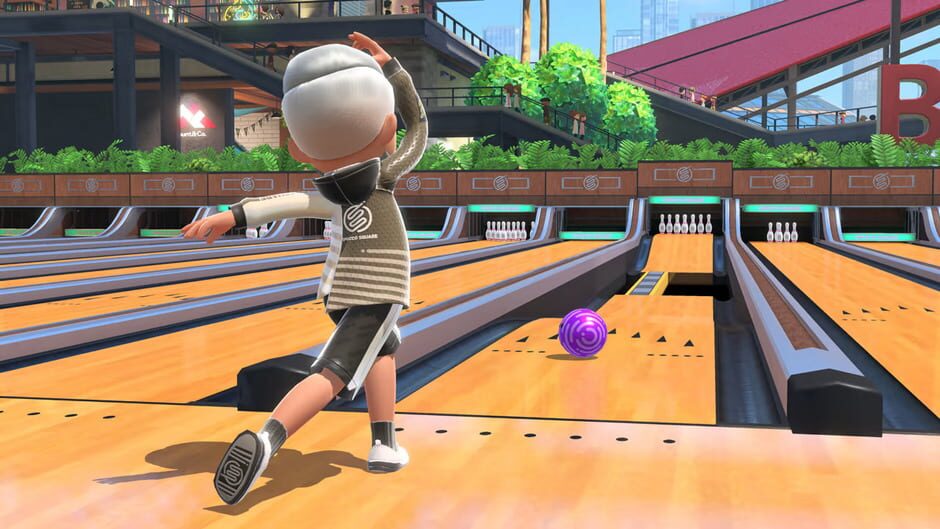 We ended up with Sportmates as our Switch Sports characters, and they've got a super impressive wardrobe if you play online enough.

"With the Wii Sports and Wii Sports Resort games, we came up with as many ideas as we could think of…and most of them were achieved and implemented in the titles, so we felt that we had done all we could. My impression at the time was that if we were to do a sequel in the future, it would be quite difficult. Therefore, when this Nintendo Switch Sports project started, I honestly felt that there weren’t any sports left to be added."

Entirely valid reasoning from Yamashita, but I think for a lot of fans of Wii Sports and Wii Sports Resort, we just wanted to see the beloved Wii title playable on Switch. " in the process of prototyping, we were conscious of creating something that looked new and different from the past. But we were so conscious of this, that we ended up going as far as having gameplay where you can play without swinging the Joy-Con controller."

Could you imagine? A Switch Sports game without the need to swing the controller whatsoever would simply feel wrong, and fortunately, Nintendo realised this. Yamashita continues to explain what happened as a result, "We were very conscious of creating something new no matter what… However, it didn’t go well in the end. We had lost our way and were on the verge of losing the charm of Wii Sports. And by the time we acknowledged we’d pursued the wrong direction, years had already passed."

Yamashita had the realisation that things weren't working, "it was not going to be something you can just pick up and say, “let’s play it together,” when you have someone over at your house."

They then note that one of the most important features of Switch Sports is its ease of access, anyone can play the game. "I felt really bad for all the staff who had been working on the game up to the halfway point, but I told them that our goal should be to create 'the world’s most easy-to-invite to motion-based game.'"

Needless to say, while it took a long time to see the light of day, Nintendo have hit the nail on the head with Switch Sports. Although, I wouldn't mind seeing golf make a return.