Sony State Of Play 2022 Watch Along With Game Informer 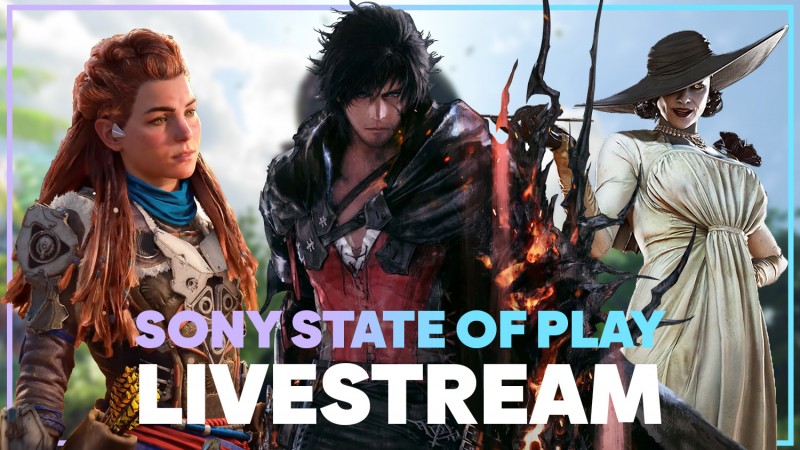 The season of game announcements is finally here, and it's Sony kicking off the fun as one of the biggest publishers in the world is taking the digital stage to show off what's coming to PlayStation platforms. Join Game Informer as we react live to everything shown during this State of Play presentation live on Twitch!

Your host for today's exciting show is the one and only Alex Stadnik. The big man will kick off the proceedings live starting at 4:45 p.m. CT for a little preshow where he'll give you some predictions and bring the hype. But what can people expect from today's State of Play? According to the official PlayStation Blog, fans can look forward to: "exciting reveals from our third-party partners, plus a sneak peek at several games in development for PlayStation VR2." We know one of those games is Horizon Call of the Mountain, developer Guerrilla Games' and Firesprite's collaboration featuring one of Sony's biggest franchises.

We know PSVR2 will be featured, but what else can fans look forward to? With an emphasis on third-party titles, there's been plenty of speculation on whether or not Capcom or Square Enix may make an appearance. The former has plenty for PlayStation fans to be excited about, including Resident Evil Village DLC and the recently announced Street Fighter 6. The latter also has big games coming to the PS5, including Forspoken and Final Fantasy XVI. Will any of the games listed make an appearance? Did I just jinx us, and now we're not getting anything listed in this article? Only time will tell, but that's why you have to tune in later today.

Thank you so much for watching. If you enjoy our watch-along streams, be sure to subscribe to our Twitch pages to get notified the second we go live and to get access to our tremendous exclusive Discord.