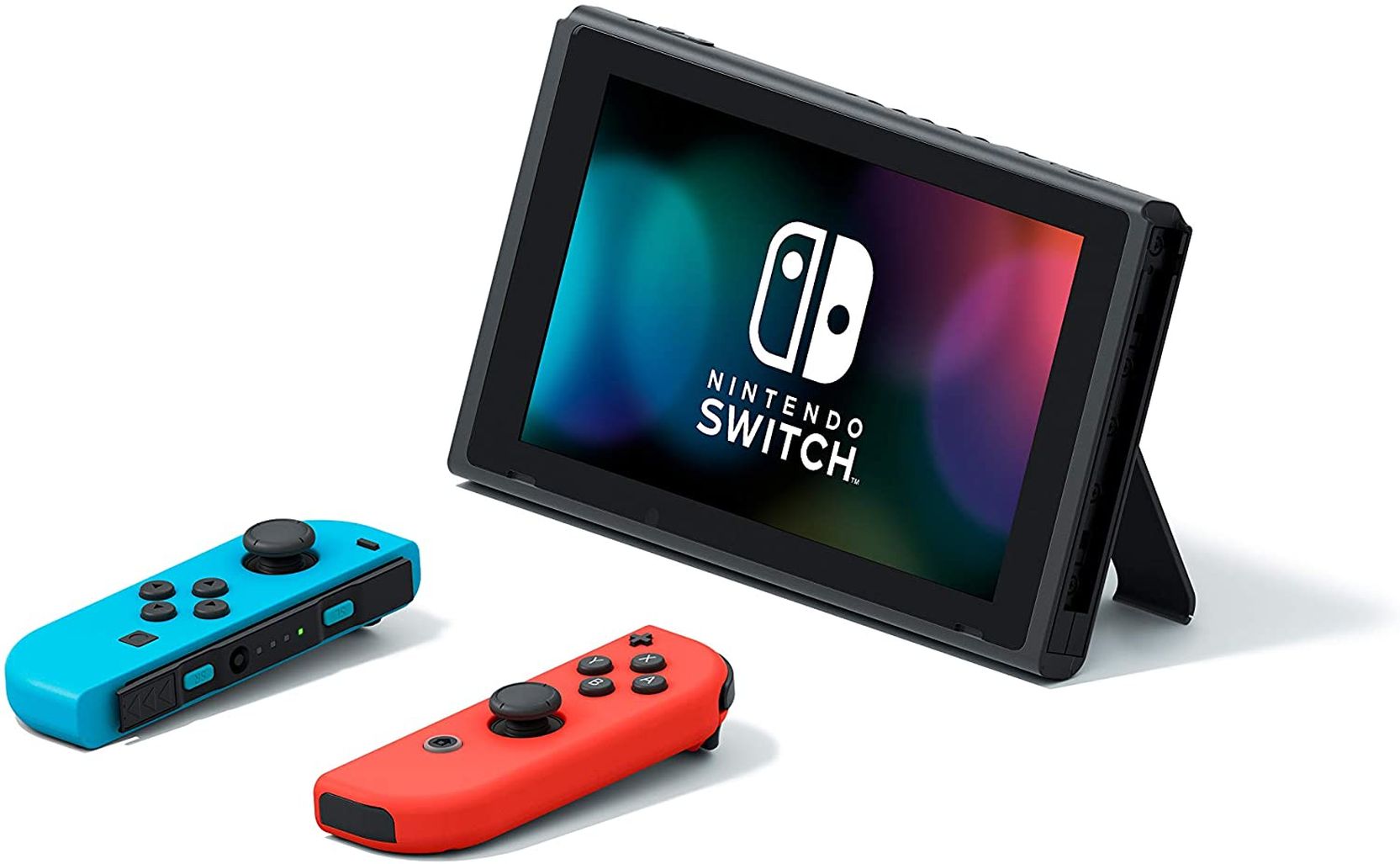 The NPD has released its May 2022 report covering video game hardware, software, and accessory sales in the US.

According to the NPD, total videogame industry spending declined 19% year-over-year (yoy) to $3.7 billion. May 2022 had the lowest monthly spending total since February 2020's reported $3.5 billion.

Year-to-date, consumers have spent $21.9 billion across the board, a decline of 10% yoy. Subscription content was the only category for the month that showed yoy growth.

For the month of May, hardware spending declined 11% yoy to $216 million. For the year, hardware sales have reached $1.8 billion, which is a yoy decline of 9%.

In software, Elden Ring returned as the to-selling game after its second-place slot in April LEGO Star Wars: The Skywalker Saga knocked it out of the top slot. 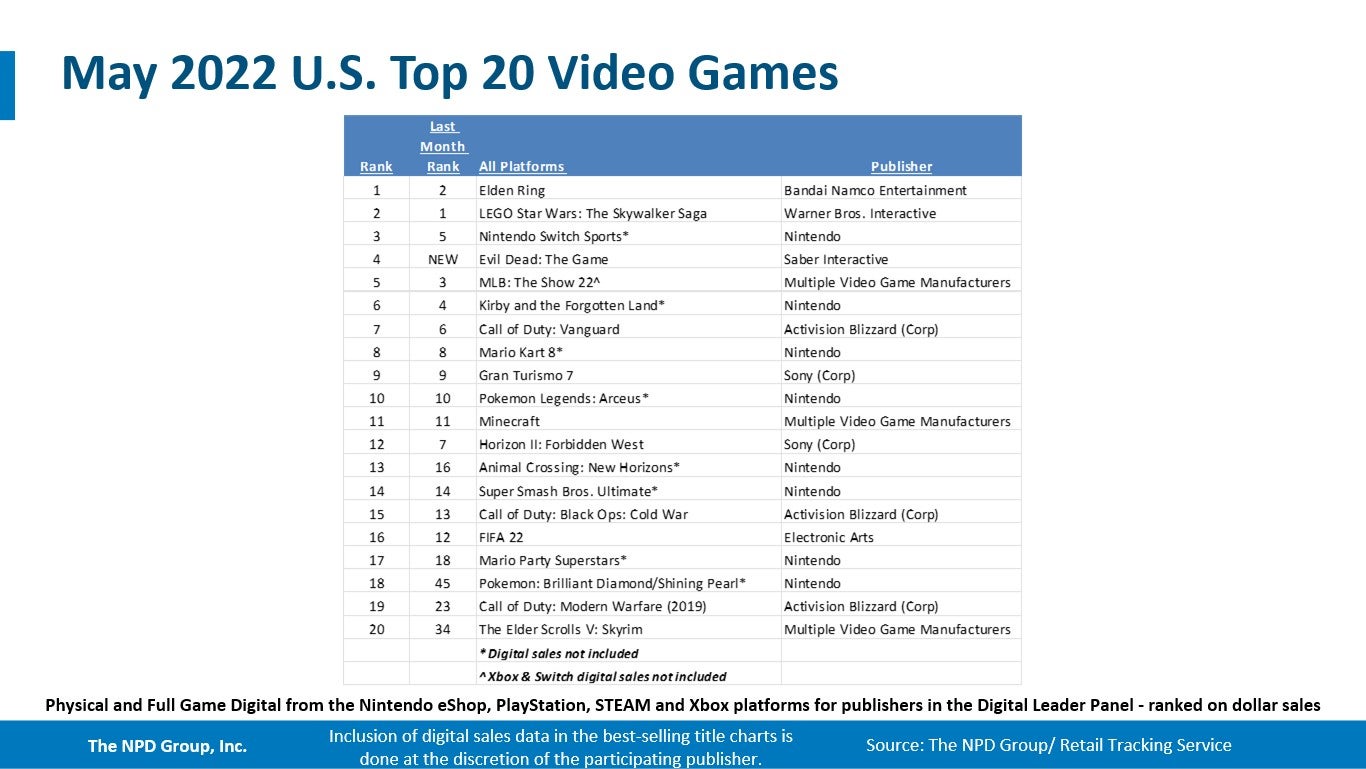 LEGO Star Wars: The Skywalker Saga came in second place on the top 20, followed by Nintendo Switch Sports. Evil Dead: The Game was the fourth best-selling title, and was the only new release to appear in the top 50 for the month. Rounding out the top five was MLB The Show 22.

Here's an interesting tidbit noted by the NPD: Skyrim returned to the top 20 best-sellers chart for the first time since it came in at 20th place in 2017. Steam accounted for nearly half of the title's May 2022 dollar sales.

Mobile sales saw a yoy decline due to a 23% reduction in consumer spending through Google Play. Apple's App Store sales were off by 2.6% yoy. That said, Sensor Tower noted a year-over-year increase in spending of 1.3% combined for the top 10 games across both stores. 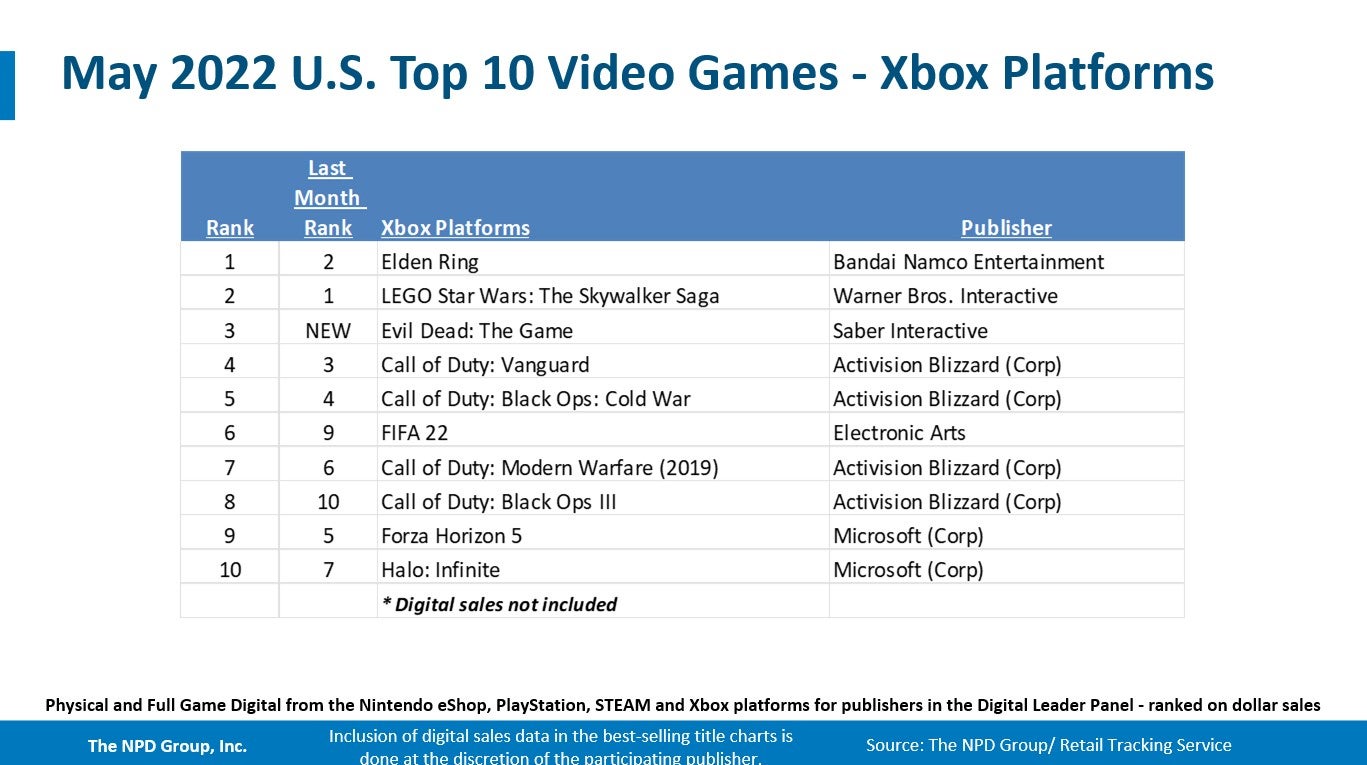 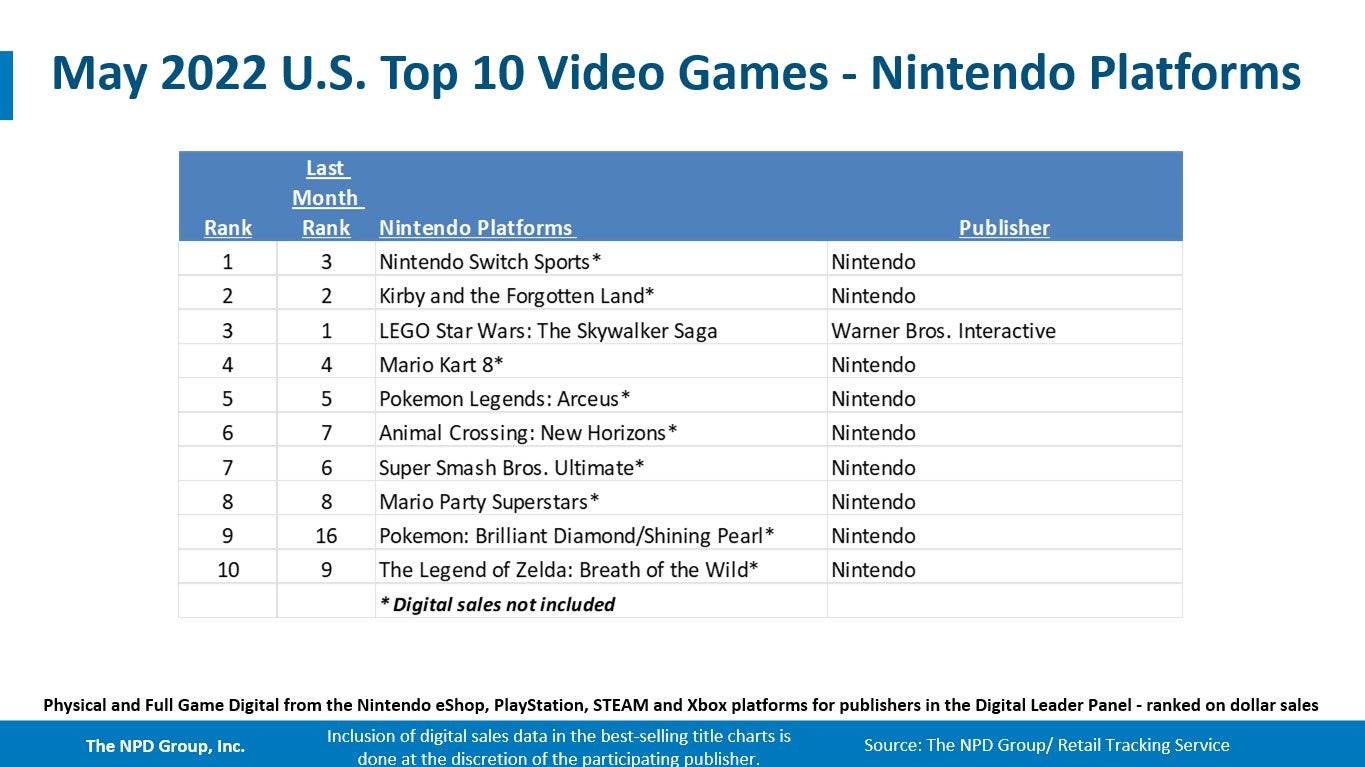 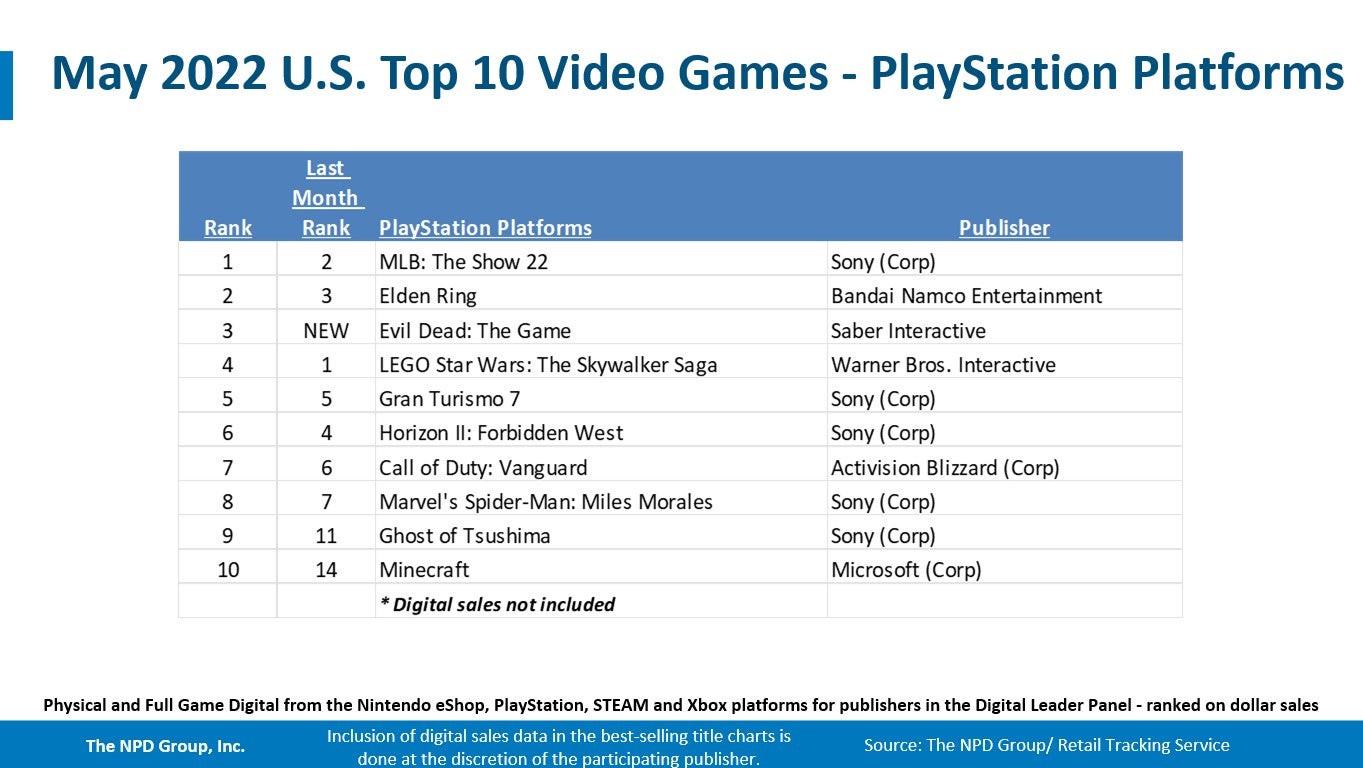