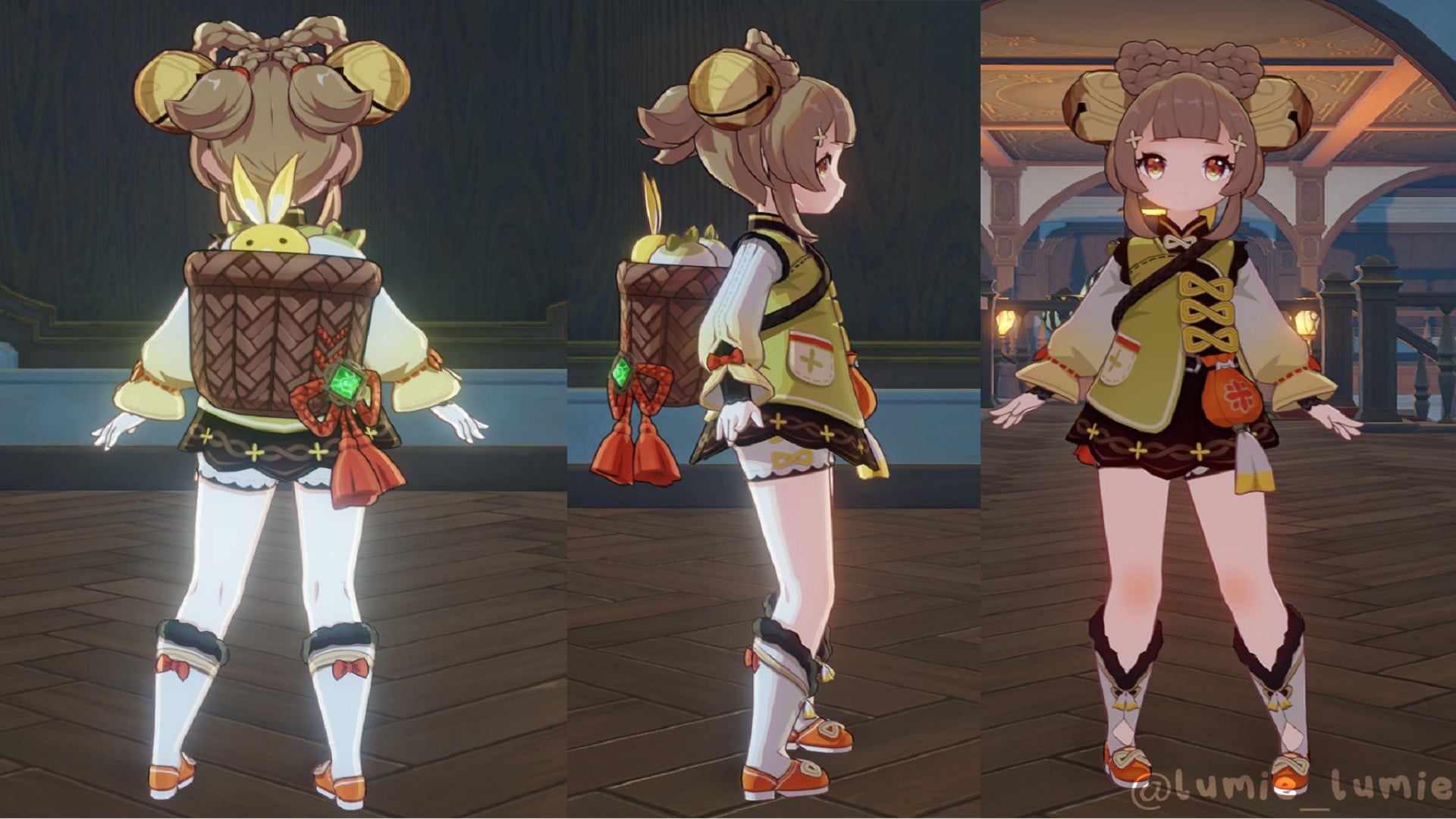 We’ve got more leaks coming from Genshin Impact, this time it's a long-awaited character we’ve been waiting for ever since the first ever closed beta for the game. We’re of course talking about Yaoyao, a dendro character who we’ve finally gotten an in-game look at.

For those out of the loop, back in the first closed beta of the game a bunch of characters were leaked - including Thoma, Hu Tao, Kokomi and more. All of these initial leaked characters have made their way into the game over time, except for Yaoyao who has remained absent.

But why is this a big deal? Well, Yaoyao is a dendro character, meaning they have abilities that allow control over nature. There are plenty of enemies in the game that align with this element, but as of right now we’ve seen no playable characters who can do so. With that in mind, in-game footage of Yaoyao is a huge deal, as it shows us that we’ll soon be able to play around with this elusive element.

This leaked footage was found and published on Twitter by user Lumie_lumie, who posted a short video going over all the original leaked characters before showing a brief peak at Yaoyao. They also posted three shots of the in-game model, which allows us to get a closer look. You can check out this tweet embedded below.

We've come a long way, travelers. From all of the Closed Beta 1 datamined characters, most of them have been or will be released soon.. pic.twitter.com/PGxTkL9ll6

Okay, this is all well and good, but what else does this tell us about the future of Genshin Impact? Well, those who have explored Liyue may have run up to the entrance to The Chasm (which is a great spot for farming ore by the way). The Chasm is currently locked off behind an invisible wall, but has been mentioned numerous times by prominent leakers as a future location we’ll visit.

We know for a fact that the next major region we’re going to will be Sumeru, which has a dendro archon. Whether Chasm is a part of that continent or not is not yet known, but regardless it’s clear Yaoyao and this new region of the world is right around the corner.

For more Genshin Impact content, check out our recent builds for Arataki Itto and Gorou, as well as a list of free primo gem codes for December.