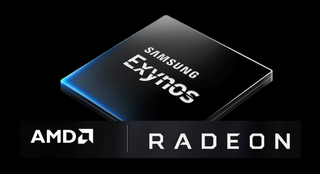 Samsung was set to show off the highly anticipated new Exynos 2200 SoC which is made in collaboration with AMD, using the RDNA2 GPUs. The teaser campaign on social media featured the title and hashtag “Playtime is Over” gearing everyone up for the announcement which was slated for January 11, 2022.

But as VideoCardz reports, fans were left high and dry. Rather than blowing everyone away with a huge reveal, the electronics giant went dark. Teasers and even the event website were taken down, while no explanation from Samsung as to what had happened was offered up until a day later.

According to Business Korea, Samsung has delayed the launch of Exynos 2200 and has released the following statement.

"We are planning to unveil the new application processor at the time of launching a new Samsung smartphone," a Samsung Electronics official said. “There are no problems with the AP’s production and performance.”

However, the sudden change in plans, plus Samsung’s burst of radio silence left room for plenty of speculation from all sorts of places. Some prominent leakers have led speculation that Samsung is trying to improve the integrated graphics frequency, after previously claiming that the chips were far too hot at the original target frequency of 1.9GHz, and have been lowered to 1.3GHz.

Another known leaker, Dohyun Kim believes the Exynos may be largely out of the picture anyway for the Galaxy S22 series. Instead stating that Korea, US, and Europe will all see Snapdragon variants and we may not see the new Exynos 2200 or perhaps its successor for a while. It’s not uncommon for Samsung to release different chip variants in different regions, but one is almost better than the other leaving part of the market with a less powerful device.

If Samsung holds true to the current new plans, we should learn more about the Exynos 2200 at the same time we get the full reveal on the Galaxy S22 series of phones. Galaxy Unpacked again next month on February 8.