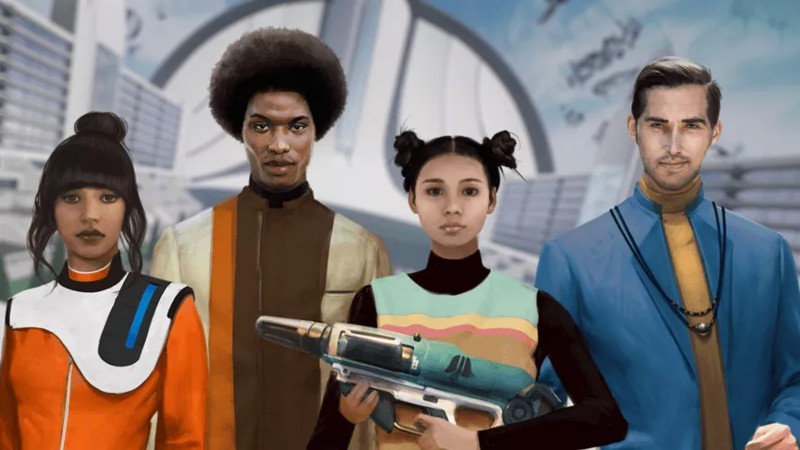 The Anacrusis, the four-player co-op FPS set aboard a 1960s-esque starship, will be released as an Early Access title on January 13 and it will hit Xbox Game Pass the same day.

First shown during an Xbox event held earlier this year, The Anacrusis carries with it some sci-fi Left 4 Dead vibes – be it the hordes of aliens, the four-player co-op elements, or the fact that it’s an FPS, The Anacrusis seems like a day-one game for anyone that’s a fan of Valve’s zombie shooter. Oh, and Anacrusis developer Stray Bombay was co-founded by Left 4 Dead lead developer, Chet Faliszek.

“We’ve built a core game that we’re really thrilled to share with the community,” Faliszek writes in a press release. “The Director 2.0 is able to push players of all skill levels to their limits, universal crossplay lets people play with their friends on all platforms, and Game Pass lets us reach a much larger audience than we could otherwise. We’re really proud of the first three episodes of the game, which we’ll be releasing in January, but we want to integrate the community’s feedback as we finish the first season and beyond.”

To that extent, when The Anacrusis is released into Early Access and Xbox’s Game Preview program, it will be launched in “season zero.” This season introduces the first act of the story, the first batch of alien enemies, and a wide selection of guns, gear, and perks players will be using to survive aboard the Isolode, a stranded luxury starship. While aboard the ship, Director 2.0 “controls every aspect of the game” in that “it spawns every enemy, directs each boss, and places every weapon, gadget, and health kit.”

The Anacrusis will hit PC as an Early Access title on January 13 and it will hit Xbox One and Xbox Series X/S as a Game Preview title the same day. It will be released on Xbox Series X/S, Xbox One, and PC (Steam, Epic Games Store, and Windows 10) the following Fall.

Check out The Anacrusis announcement trailer from earlier this year as you prepare to board the Isolode in January.

Are you excited about The Anacrusis? Let us know in the comments below!