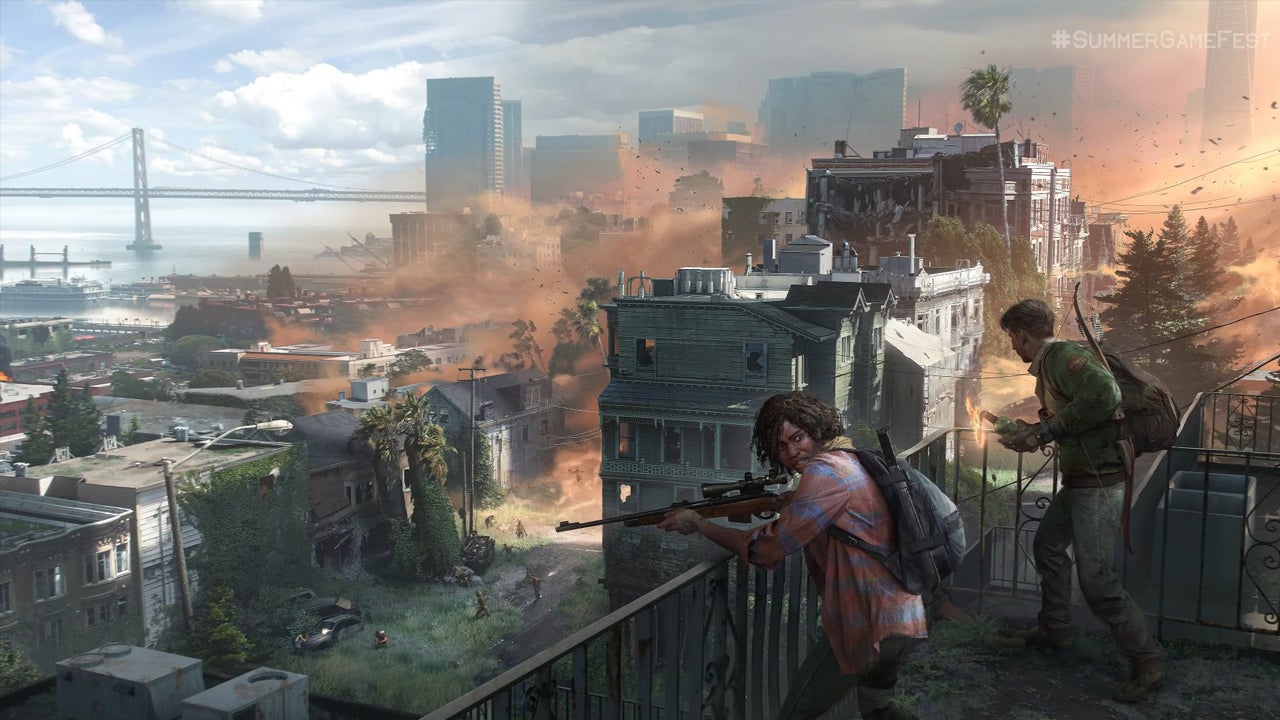 Though details are still slim on what it will actually be like.

While it wasn't properly shown off at Summer Games Fest, The Last of Us Part 2's online multiplayer will be a stand-alone title.

Though the 'surprise' reveal of The Last of Us remake wasn't much of a surprise, what is kind of more of one is the fact that Factions will now be its own thing. Director Neil Druckmann wasn't able to show off the game in action, though we were treated to a bit of concept art, showing off a pair of characters in a run down city.

Apparently, it will be as big as Naughty Dog's single player games, and will feature some plot too. "It’s got a story. The way we’re telling the story is very unique to this game,” said Druckmann. "It has a brand new cast of characters. It takes place in another part of the United States."

Druckmann did say that there should be some more information next year, but no release date was provided. That's pretty much it on new information regarding Factions otherwise though, if it's even called that, as that was the title for the first game's multiplayer.

The online mode was meant to come with The Last of Us Part 2, but obviously somewhere along the line plans changed, and the idea got bigger.