The Overwatch 2 Beta Is Proof That Heroes Never Die 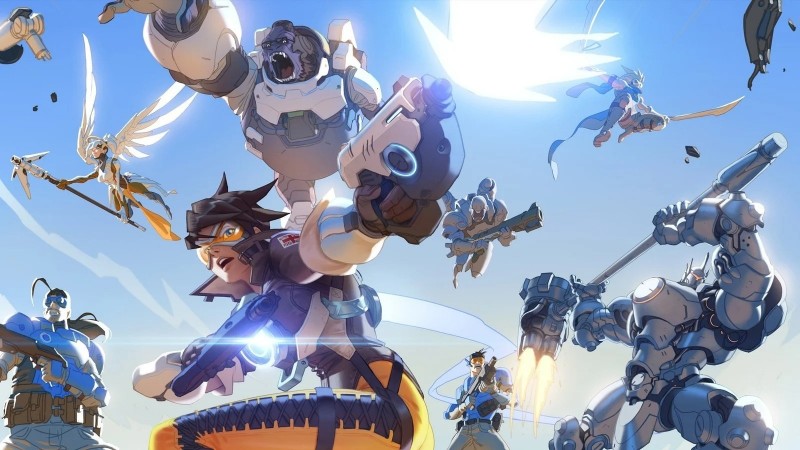 It is important to keep in mind what is going on within Activision Blizzard regarding ongoing allegations about the work culture. The ongoing lawsuit from the California Department of Fair Employment and Housing (DFEH) against the company is over-reported toxic workplace culture. The bulk of the suit focuses on "violations of the state's civil rights and equal pay laws," specifically regarding the treatment of women and other marginalized groups. To learn more about the proceedings thus far, including details listed in the lawsuit against Activision Blizzard, please check out our previous coverage here.

906 Days since the announcement.

The PVP Beta opened on PC 24 hours later, accumulating over 1.5 million concurrent viewers on Twitch, the highest ever for the franchise.

My friend group and I were late to the first game, but when we finally mustered the courage to play competitively, “Beyblade” Meta had started to fade into obscurity, and “Triple Tank” became the standard. What immediately followed was a four-year obsession filled with animated short reruns (Honor and Glory + Rise and Shine are top-tier!), expensive coaching apps, thousands of in-game hours split between playlists, and a sweet collection of gold weapons. I loved Overwatch, and even after dropping the FPS as content rollouts began to wane, I still do. Hell, I teared up watching the sequel’s launch trailer (see above). Still, when development details grew scarce and reports of Activision Blizzard’s horrific workplace culture came out, it was right to assume Overwatch 2 was delayed indefinitely. Yet here I am – years later – instalocking Ana and healing my team from cover as if I never left in the first place.

Overwatch 2 feels like a redemption arc for the series. In an age where the hero shooter genre is oversaturated with heavyweight blockbusters like Apex Legends and Valorant, returning IPs are few and far between. I’ve been playing the PvP Beta for under a week now, and the nostalgia factor is palpable. Ability reworks, new arenas, and the controversial player count might still alienate conservative fans, while meager info about the decoupled PvE mode is undeniably worrisome. Nevertheless, I’m confident in the effectiveness of Overwatch’s tried and true formula.

Before the 2-2-2 role queue, “GOATS” Meta plagued quickplay and ranked. Crowd control movesets dominated squishy/low-damage heroes with incessant stunlocks and focused fire. Overwatch 2’s hero changes reveal that individual strategies are as significant as team play. Cassidy, Mei, and Brigitte no longer paralyze foes with flashbangs, frost sprays, or shield bashes. Doomfist has been repurposed as a tank, focusing less on outright eliminations and more on drawing aggression. Orisa gallops across arenas with gusto, impaling enemies with a Javelin and speedily stampeding any weakened targets. The dreaded Bastion is more mobile and a little less deadly than before. And Sojourn power slides past frontlines with a Railgun that stores devastating energy from her primary fire. Of course, you’ll need to be able to hit your shots to build that raw strength. The various character modifications smartly create a level playing field where no single team composition determines a match's win or loss condition.

Two fewer players on the map help taper the original game's micromanagement making the 5v5 fights less drawn-out. That’s because poking at chokepoints to wait for ultimate charge is no longer necessary when each squad is limited to one Tank. Engagements snowball quickly, so positioning, mechanical skill, and ability usage remain vital to overtaking the opposition. The design of Overwatch 2’s latest maps and mode, Push, also contributes to the split-second gameplay. Rome’s “Colosseo” and Toronto’s “New Queen Street” contain sprawling alleyways, navigable storefronts, and hidden passages. Flanks are emphasized, and the tug-of-war objective preserves combat momentum from start to finish. Interacting with these new features led to some of my most enjoyable Beta experiences.

But many of the PvP’s best adjustments aren’t as noticeable. Lo-fi synths blend with the classic, orchestrated fanfare when Overtime triggers. Setting suns coat familiar locales with shimmering auburn splotches, and detailed character portraits hint at a more mature, grounded aesthetic. New York’s "Midtown" – a futuristic take on my hometown and my favorite new locale – pulsates with neon billboards and hover-car traffic. And while I couldn’t help but be overcome with the same affection I have for the original game, it's hard to recommend Overwatch 2 to returning fans yearning for a new direction. In many ways, the sequel is a new-gen facelift with several quality-of-life updates, from a much-needed comms menu complete with pings and other callouts to role-based passives that increase survivability while also mitigating carry potential. The gameplay feels more balanced and eye-popping than ever before, and maybe that's enough for the current Beta.

No one can predict Overwatch 2’s success, but the impressive Twitch viewer count might foreshadow the popularity resurgence that the franchise desperately needs. There are enough small-to medium-scale tweaks in place to encourage excitement (I, for one, will be a launch day player). Still, a robust story mode and more nuanced multiplayer identity will be the real difference-maker.