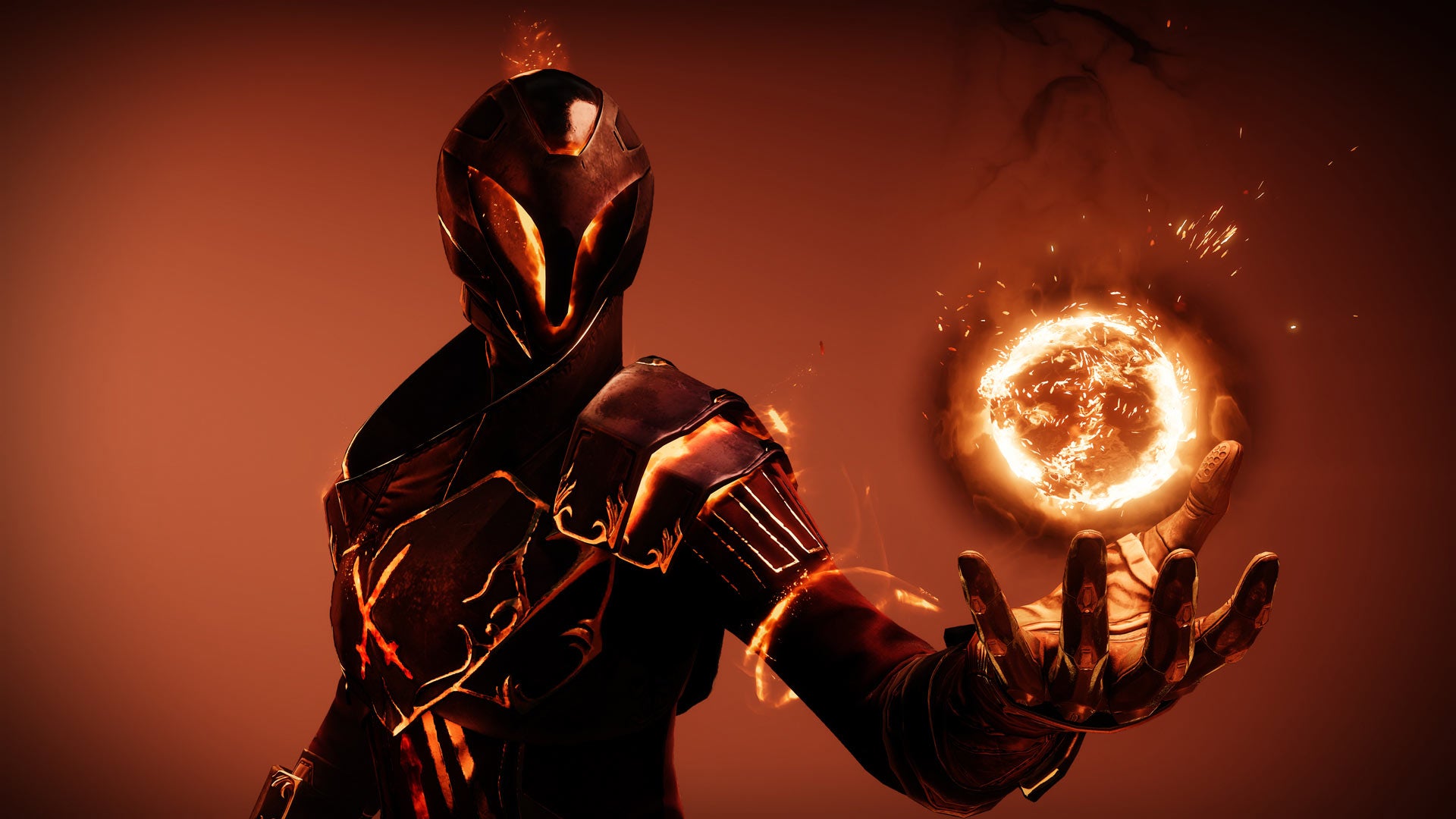 With a snap of their fingers, Bungie has ignited excitement among Warlocks in Destiny 2

With the introduction of the solar 3.0 rework, Warlocks have a hot new melee ability that's has us feeling faint.

It’s release day for Destiny 2: Season of the Haunted, and we've already seen numerous bits of content revealed such as a range of exciting new weapons, an explorable Leviathan, and a new dungeon coming Friday May 27. However, it was the solar 3.0 rework that caught the eye of the community, especially Warlock players, who've excitedly spotted their newfound finger snap melee ability.

In the video embedded below, you can see each class perform numerous new or updated solar abilities while burning through waves of enemies. We only see the finger snap for a moment, cremating a pack of bundled up enemies, but that’s all it took to ignite an explosion of posts, discussion, and of course jokes on the Destiny 2 subreddit.

Watch the new Season of the Haunted trailer above!

The flashy finger guns in this new melee ability was the first to catch the eye of the community, as an especially stylish and somewhat magical way of setting enemies alight. Fans of certain Japanese media immediately pointed out a direct comparison to a certain alchemist, while others compared the maneuver to the Bioshock franchise, as well as our favourite big purple lad Thanos. 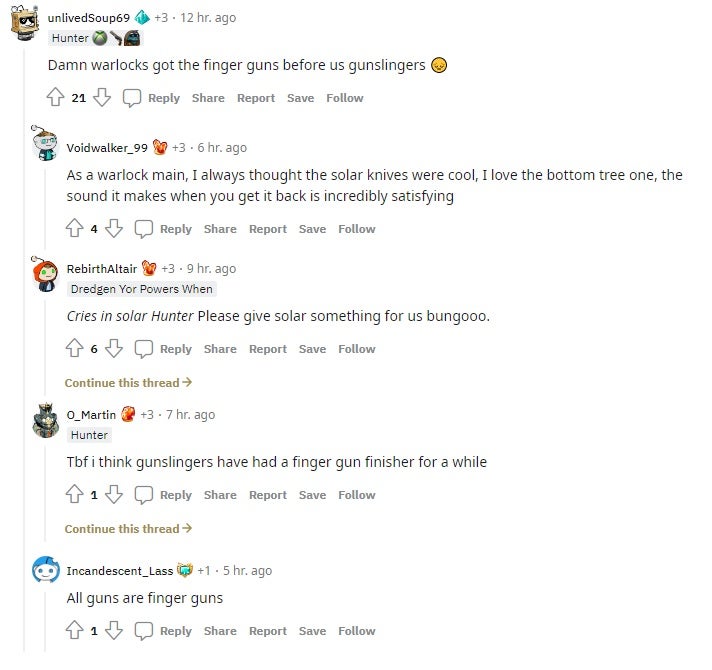 Some ponder why Warlocks are getting a finger gun snap, as opposed to Hunters who you'd think would suit it better.

Others took their talents to photoshop or their their pens and brushes to create humorous portrayals of Warlocks absolutely melting enemies that tragically managed to wander in their way. There’s something about clicking your fingers and setting the world ablaze that appears to have struck a chord with Warlock players! Such is the mental toll that stems from years of grinding out god rolls, packing their vault with garbage, and being objectively worse than Titan's regardless of the recent Guardian Games results.

But if we step back a bit, there must be a reason why so much excitement is in the air surrounding these 3.0 reworks. Void got a lot of love when it first dropped earlier this year, but it did make all the remaining vanilla damage types feel a bit naff. Overall the finger snap, as well as all the gorgeous and hard-hitting new abilities that mark a continued evolution from the Destiny 2 of old and the current era of the title, with fire becoming the latest joining the fold. Here’s to Arc 3.0, as right now playing an arc character feels especially rough in comparion to the shinier, moe exciting alternatives.

If you’re looking for more Destiny 2 content, check out our recap of all the major additions coming with the Season of the Haunted, as well as our report on the community of Xur hostage takers that have been scattered to the wind thanks to recent changes.